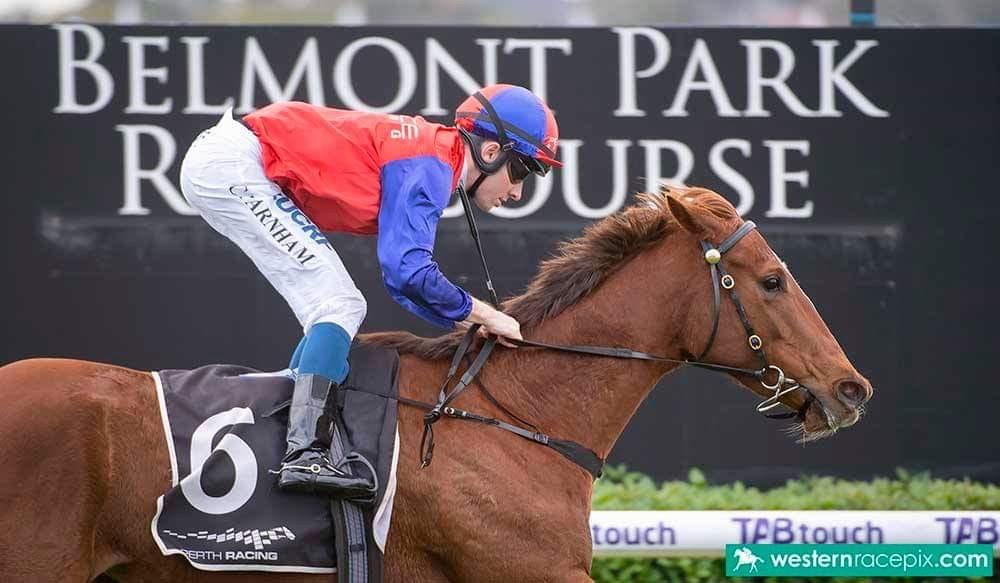 The newly-turned four-year-old backed-up a smart win by almost two lengths at the same track a week prior with a devastating last-to-first victory in the Go Racing For Free Before The Footy Handicap (1000m).

Partnered by hoop Chris Parnham, Essential Spice ($3.20) produced the fastest 1000m win of the season so far after reeling off her final 600 metres in a sizzling 32.47 seconds.

Essential Spice has now recorded three wins, six minor placings and total earnings of $284,900 from her 12 starts to date and appears to have black-type potential.

Meanwhile, fellow-consistent stablemate Don’t Fuss ($3.90) fell agonisingly short of pulling off a feature race win when defeated by Lockroy ($4.60) in a photo finish in the $100,000 New Season Sprint (1000m) later in the day.

The Scandal Keeper six-year-old led the race for all bar the finish line in what was his 12th start in a breakout campaign.

The gelding has only missed a place once this preparation, when finishing fourth to the talented Special Reward in May.

The Pearce stable will saddle-up dominant last-start winner Next Stop The Moon, as well as Goldvein, at Wednesday’s Belmont meeting.