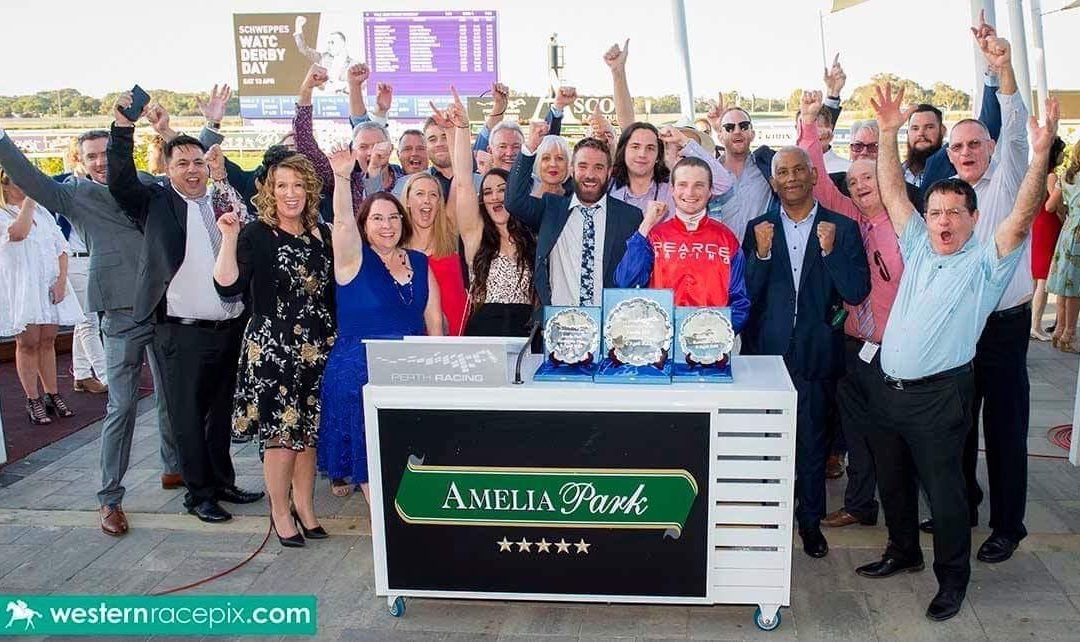 Co-trainers Ben and Daniel Pearce scored the biggest win of their careers, both individually and as a training partnership, when they combined to take out the $500,000 Group 2 Karrakatta Plate (1200m) with Dig Deep at Ascot on Saturday.

Only in the second year of their training partnership, the brothers prepared the Deep Field two-year-old to victory in WA’s juvenile grand slam event of the year after an eye-catching fourth placing in the Listed Perth Stakes a fortnight prior.

Starting a $21 chance in the Karrakatta Plate, Dig Deep was given a perfect ride by jockey Jarrad Noske in the one-out, one-back position in running after jumping from barrier two in a capacity 16-horse field.

Noske found the back of the heavily-supported race favourite, Jericho Missile ($2.40), but the seemingly-ideal spot soon caused some anxious moments after the favourite was under pressure turning for home.

However, Noske skilfully navigated a clear passage through the field upon straightening and Dig Deep let down with a devastating burst, hitting the front at the 50m mark and pulling away to defeat Tinsnip ($81) by a half-length.

Miss West Coast ($12) finished a length behind the winner in third place, while the race leader, Amelia’s On Fire ($15), weakened into fourth.

The Pearce brothers purchased the powerfully-built gelding for $100,000 at the 2018 Perth Magic Millions yearling sale and he now holds the mantle as the nominal favourite for the $200,000 Group 3 WA Sires’ Produce Stakes (1400m) at Ascot on Good Friday (April 18).