Dickoletto romps in at Pinjarra 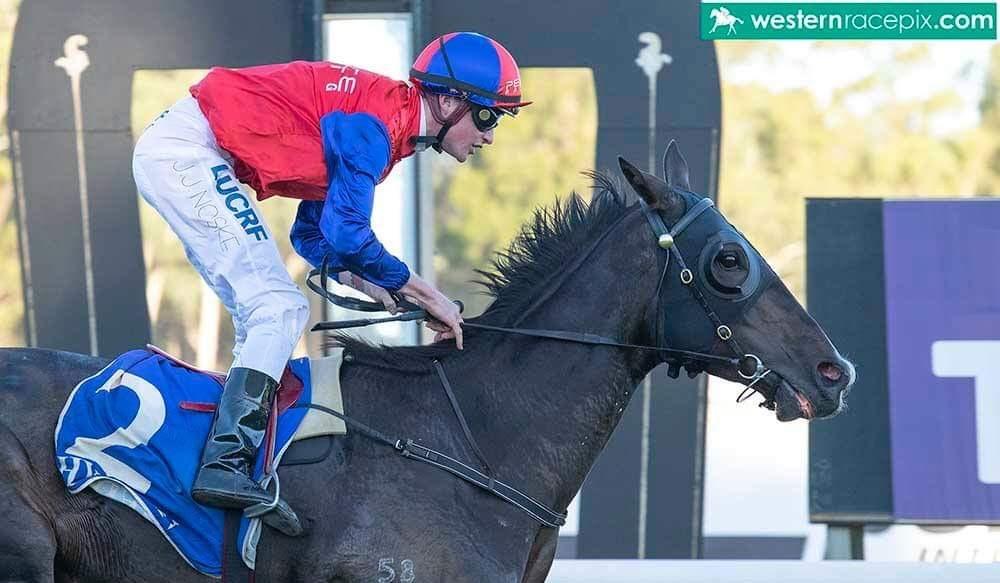 Dickoletto brought up his second win from his past four starts with an impressive performance at Pinjarra on Sunday.

Despite drifting from $5.50 to $7.00 prior to the running of the Glenroy Chaff Handicap (1400m), the Dick Turpin four-year-old settled in a prominent position behind the pacemakers for in-form hoop Jarrad Noske before peeling out turning for home and bounding away to score by almost two lengths.

Kiss The Breeze ($9.00) finished runner-up while the heavily-supported race favourite, Sophie’s Song ($1.70), finished a further neck away in third place.

Dickoletto is building a consistent race record, having won four of his 11 starts and placing on a further three occasions to have accumulated total earnings of $73,475.