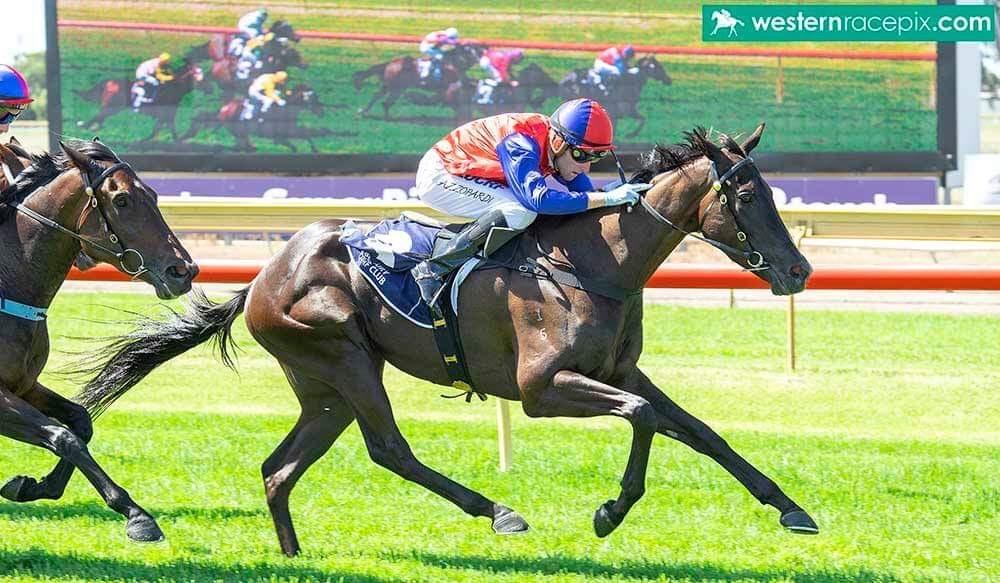 Starof Bonnie Rose broke his maiden status at only his second career start at Bunbury on Sunday when taking out the BVA Metal Fabrications Maiden (1108m) in nice fashion.

Ridden by Joseph Azzopardi, the improved gelding jumped a $15.60 chance on tote in Sunday’s nine-horse field and overcome a tricky draw in barrier eight when working across to settle outside of the leader before hitting the front upon straightening and kicking clear to hold off Validation ($7.20) by a length.

Pearl Dancer ($45.60) finished a further three-quarters-of-a-length away in third place.

The Pearce stable returned top-four finishes with each of their four runners engaged at Bunbury on Sunday, with Tommy Blue (second), Superior Smile (third) and Patrons Choice (fourth) all performing well in their respective races.