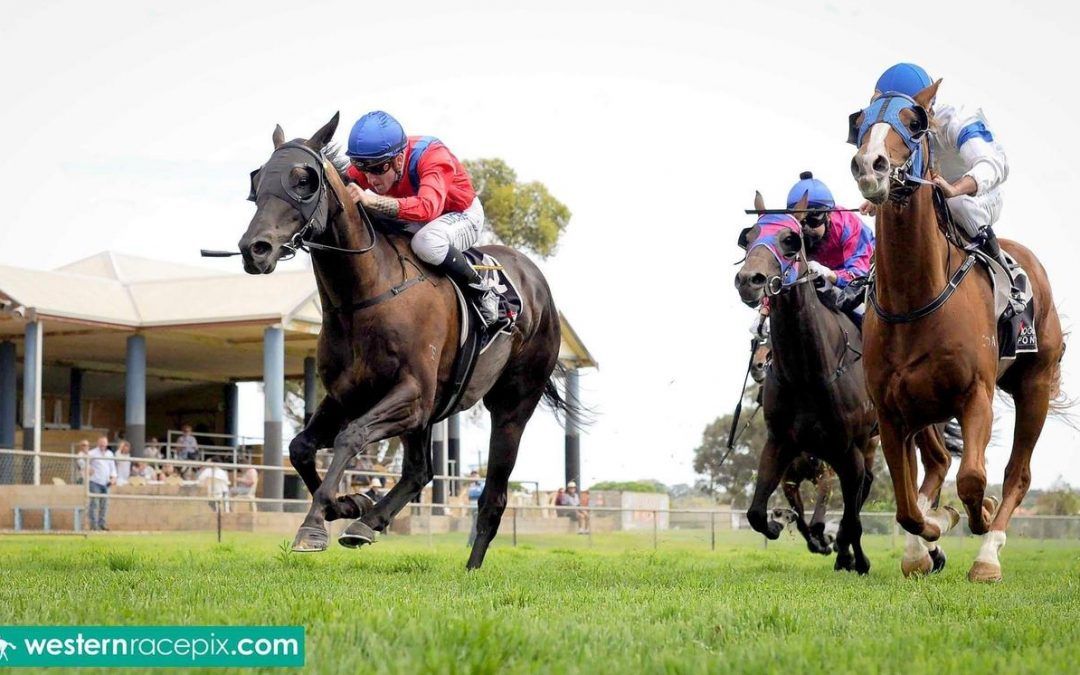 Planet Five three-year-old Black Comet kicked off his autumn preparation in the best way possible when scoring a fast-finishing win first-up from a spell at Geraldton on Thursday.

Despite drifting from $4 to $8 in fixed odds markets prior to the running of the Bunbury Apartment Motel Maiden (1200m), the gelding covered additional ground in running and still finished powerfully from eighth position at the turn to reel in Wild Memories ($6.10) and score by a short-head.

Chasing The Ace ($5.40) finished a further three-quarters-of-a-length away in third place.

Black Comet was having only his second career start on Thursday but went into the race with the benefit of two trials beforehand and the Pearce stable feel he is capable of handling a rise in distance in the future.

The Universal Ruler filly has finished luckless placings at her first two runs in Melbourne and currently sits on the second line of betting at $3.60 for tonight’s $160,000 Group 3 Alexandra Stakes (1600m).

The Pearce stable will then turn its attention to tomorrow’s Ascot meeting, where they have four runners engaged.

Fellow stablemates Let’s Twist and Supreme Force will step out in support races on the eight-race card.