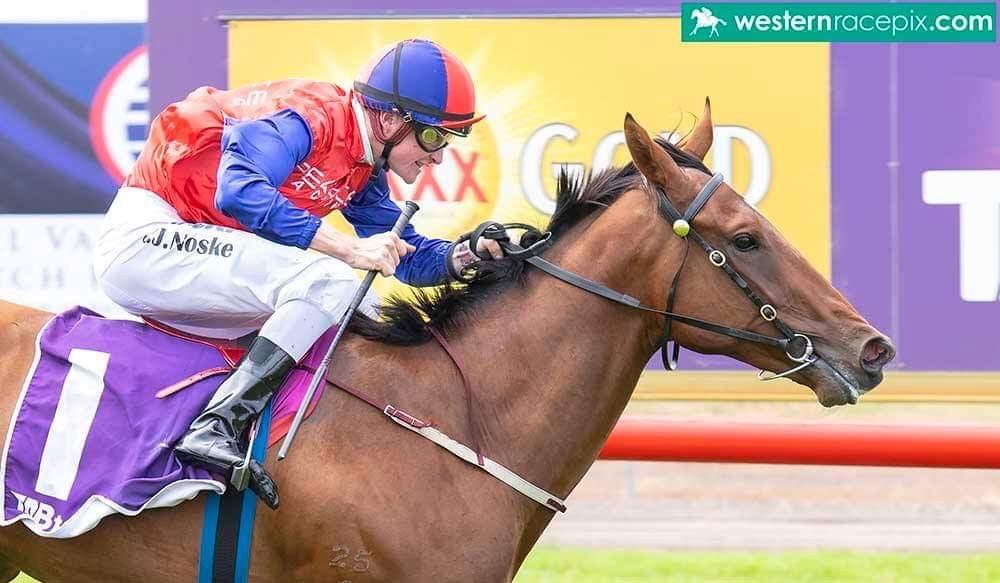 Deep Field two-year-old Dig Deep kicked off his career in the best way possible when scoring an impressive win on debut at Bunbury on Wednesday.

Well-supported from $26 to $6.00 in fixed odds markets prior to the Owners Only Maiden (1100m), the gelding travelled strongly in running after being settled midfield-with-cover by rider Jarrad Noske.

Noske peeled Dig Deep three-wide approaching the home bend and the young galloper found another gear in the straight, dashing past his rivals to win by more than a length.

Marcee A Lady ($11) finished off well to grab second place, with Warbler ($4.60) a further half-length away in third.

A $100,000 graduate from the 2018 Perth Magic Millions yearling sale, Dig Deep put the writing on the wall for Wednesday’s forward showing when producing an eye-catching fourth, beaten only a half-length, in a Lark Hill trial on February 25.

Bookies have already reacted to the gelding’s stylish first-up performance, promoting him to the fourth line of betting at $7.50 in futures markets for next month’s $500,000 Group 2 Karrakatta Plate (1200m) at Ascot.

Meanwhile, stablemate Vital Silver ($4.60) lost no admirers when finishing a gallant third in the $120,000 Listed Bunbury Stakes (1400m) on Wednesday.

The grey gelding settled outside of a hectic tempo in the feature event and absorbed a great deal of pressure before kicking clear in the straight, however, he tired over the concluding stages to finish one-and-a-quarter lengths behind the fast-finishing Achernar Star ($5.20).

The in-form Pearce stable have Rosewood Hill engaged at Ascot this Saturday before turning their attention to Sunday’s Bunbury meeting where they will saddle-up multiple runners, including Let’s Twist in the $120,000 Listed Bunbury Cup (2000m).