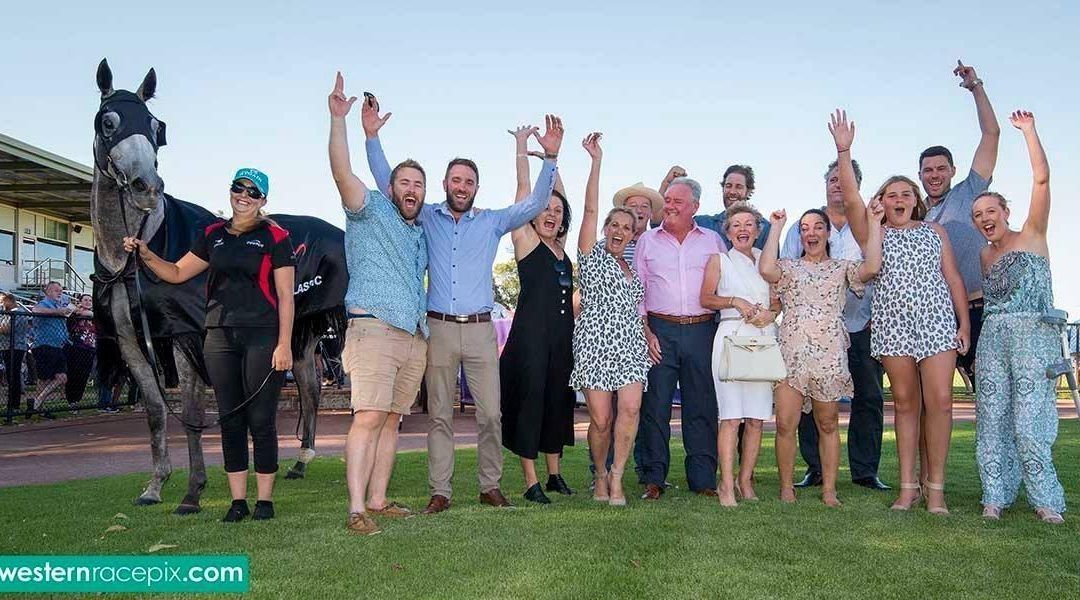 Popular grey gelding Vital Silver topped off a memorable weekend for co-trainers Ben and Daniel Pearce after scoring the first stakes win of his career when taking out the $120,000 Listed Pinjarra Classic (1300m) on Sunday.

The Wanted five-year-old, heavily supported from $5.00 to $2.45 favourtisim in fixed-odds betting, didn’t disappoint his backers when defeating second-favourite, Achernar Star ($3.90), by a half-length.

Vital Silver was having his first start since January 12 after three promising performances, which included two dominant Saturday victories at Ascot prior to a gallant long-neck second to Wrinkly in track-record time in the Mandurah Cup at Pinjarra, prompted the Pearce brothers to aim the progressive sprinter at Sunday’s feature event.

Regular rider Jarrad Noske was unable to continue his good association with the galloper after being assigned the 54kg bottom-weight for the Pinjarra Classic, however, champion hoop William Pike was a more than apt replacement and settled the big grey perfectly midfield-with-cover before peeling out at the turn and unleashing a powerful burst down the middle of the track.

Vital Silver, who has produced seven wins, three minor placings and $245,250 in stake earnings from his 12 career starts to date, will now head to the $120,000 Listed Bunbury Stakes (1400m) on March 6 before a likely spell ahead of a tilt at the riches of the Ascot carnival in the spring.

Meanwhile, Pearce Racing saddled up two black-type placegetters on opposite sides of the the country on Saturday.

A winner of the Listed Rangeview Stud Classic (1400m) at her start prior, the filly is now set to progress to the $200,000 Group 2 Kewney Stakes (1400m) at Flemington on March 9, where jockey Damian Lane and the Pearce brothers believe she will be much better suited by the wider circuit.

The Statue of Liberty mare continues to race in career-best form, having scored two Saturday metropolitan wins and three minor placings from her six starts this campaign, and is now a likely starter in the $120,000 Listed Bunbury Cup (2000m) on March 10.