Dick gets the split at right time 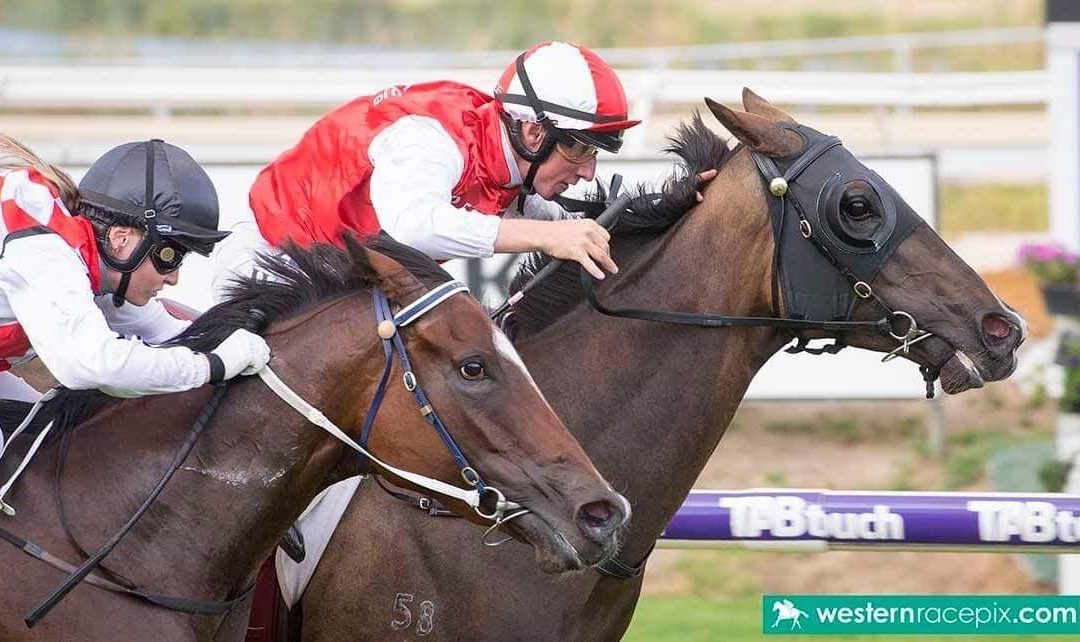 Dick Turpin gelding Dickoletto bounced back into the winner’s stall with a hard-fought victory at his third run back from a spell at Ascot on Wednesday.

Ridden by William Pike, the four-year-old settled behind a frantic tempo in the Off The Track –  Supporting WA Retired Racehorses Handicap (1400m) before finding a clear passage at the 150m mark and finishing powerfully.

Starting a $7.40 chance on tote, Dickoletto claimed Scarlett Missile ($6.90) in the shadows of the post to score by a neck, with Paradise Square ($8.00) a further three-quarter length away in third place.

The in-form Pearce stable have three runners engaged at Pinjarra’s standalone Metropolitan meeting this Saturday, including star staying mare Rosewood Hill, who makes her comeback after more than 18 months on the sidelines with a tendon injury.