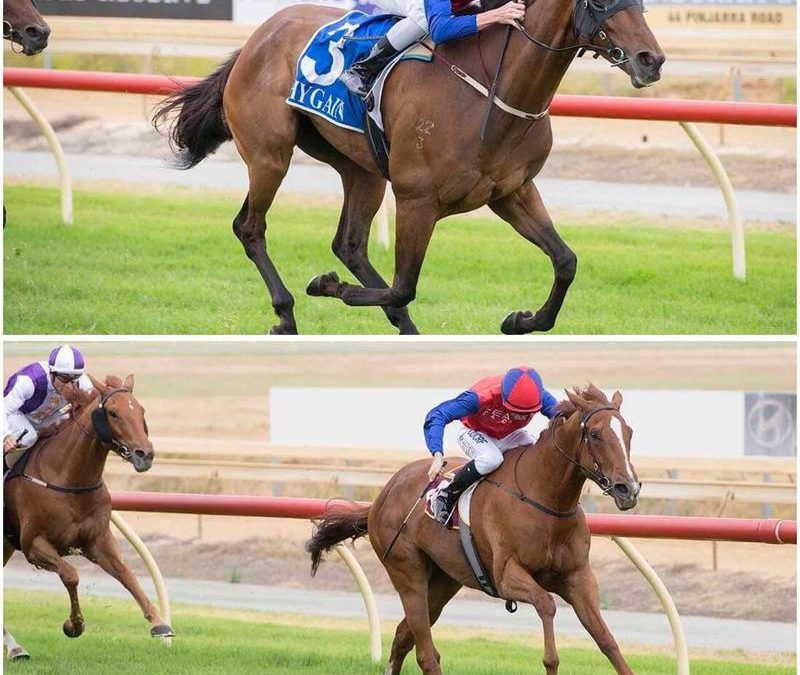 Co-trainers Ben and Daniel Pearce saddled-up their fifth winning double in less than three weeks at Pinjarra on Wednesday when preparing Time To Hunt and Trade Tower to victory.

Ridden by Jarrad Noske, the gelding was perfectly placed in the one-out, one-back position in running before peeling out three-wide turning for home and letting down strongly to defeat Magical Charm ($4.00).

Time To Hunt broke a 606-day losing streak when winning at Bunbury on December 23 and took his race record to 18 career starts for four wins and six minor placings following Wednesday’s performance.

Meanwhile, Trade Fair four-year-old Trade Tower ($8.80) landed some good bets when backed from $16 to $8.00 in fixed odds markets before breaking her maiden status in the Gannon’s Maiden (1200m).

The chestnut mare was having her second career start and led all of the way for rider Joseph Azzopardi when holding off Ay Tee Emm ($14.60) by a short half-head.

Trade Tower put the writing on the wall for her winning performance when rattling home from 10th position to finish fifth, beaten only one-and-a-half lengths, at her race debut on over 1000m on December 9.

The Pearce brothers have trained a remarkable 11 winners from eight individual horses with their past 17 starters.

Vital Silver, Angelic Ruler and Time To Hunt have each scored successive wins in that time frame.

Pearce Racing will be represented by Angelic Ruler, Let’s Twist and Double Jeopardy at Saturday’s Perth Cup meeting at Ascot.