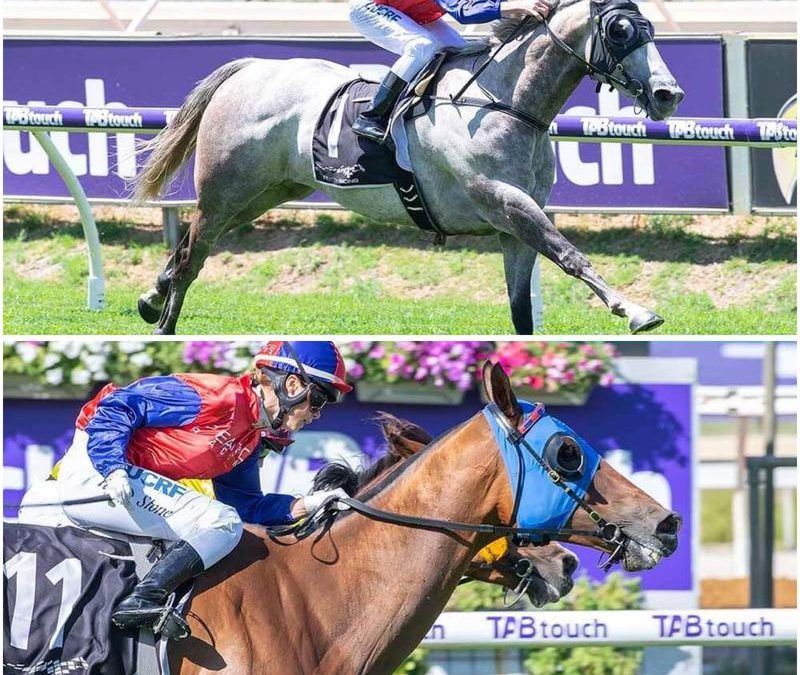 Co-trainers Ben and Daniel Pearce celebrated Ben’s 31st birthday with a bang when preparing their ninth winner from their past 14 starters courtesy of another Ascot double on Saturday.

The brothers have trained Saturday-winning doubles at WA racing headquarters three weeks in a row, as well as saddling-up Next Stop The Moon and Trakiato to victory at Pinjarra on Boxing Day.

Progressive grey gelding Vital Silver scored his second win from as many starts this preparation while cult hero, Mad Brad, broke a 1,378-day losing streak for the in-form Pearce stable.

Sent out a raging $1.70 favourite, Vital Silver made light work of his rivals in the Crown Sports Bar Handicap (1400m) when crossing to the lead from the outside barrier in his nine-horse field before kicking strongly upon straightening and defeating the fast-finishing Truly Belong ($10.50) by one-and-a-half lengths.

The dominant performance extends Vital Silver’s race record to six wins and two minor placings from 10 starts and the Pearce stable now plan to aim him at February’s $120,000 Listed Pinjarra Classic (1300m) and the Listed Bunbury Classic (1400m) in March.

The win was the injury-plagued gelding’s sixth from 41 career starts, taking his stake earnings to $283,000.

Two-year-old filly Angel Jupiter, the half-sister to the exciting Angelic Ruler, made a promising debut for the Pearce brothers when finishing third in the Iron Jack Plate (1100m) earlier in the day.