Father arrives in the Knick of time 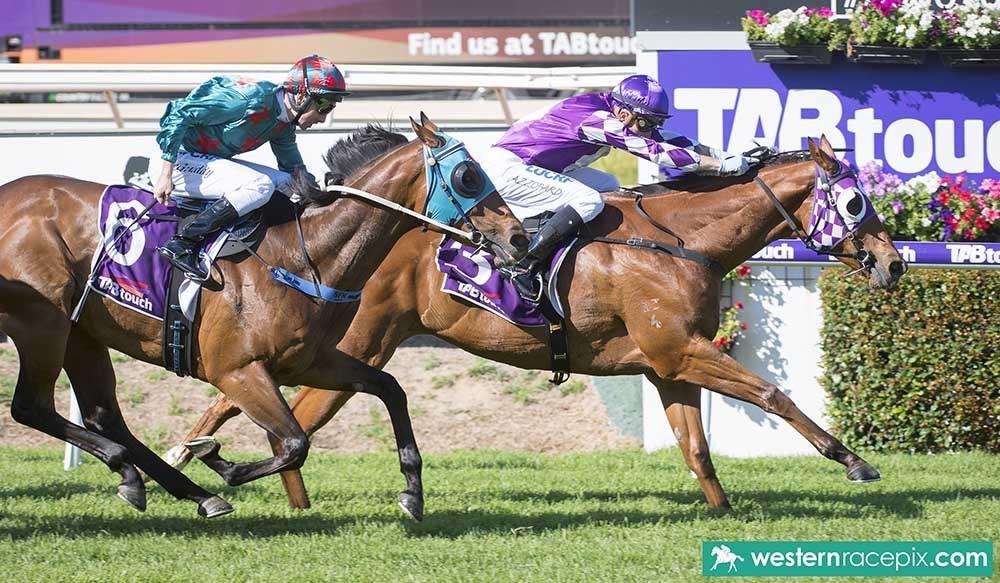 Blackfriars gelding Father Knick scored his biggest win to date when taking out the $100,000 TABtouch Regional Championship: The Road To Ascot (1200m) series final at Ascot on Saturday.

Guided by regular rider Joseph Azzopardi, the four-year-old enjoyed a favourable run in transit, three-back on the fence, after jumping from barrier one in the 14-horse field.

Azzopardi found a dream run along the inside rail in the straight and Father Knick ($5.30) finished powerfully to grab Fine Scent ($10.60) at the 50m mark and pull away by a neck.

Flower of Scotland ($14.30) finished a further length away in third place.

Father Knick was having his third start for his campaign and was knocking on the door for a win following two encouraging placings, the most recent when racing wide and without cover before finishing one-length third to Fine Scent at Northam on November 15.

Originally purchased as a weanling by Daniel Pearce for just $5,000, Father Knick’s win on Saturday extended his impressive race record to 13 starts for five wins and three minor placings, with stake earnings now in excess of $100,000.

Meanwhile, stablemate Double Jeopardy produced an eye-catching run at his WA debut for the Pearce brothers.

The Exceed and Excel four-year-old, previously trained by by Mathew Ellerton and Simon Zahra in Victoria, finished a short-neck second to Dam Ready in the Tourism WA Trophy (1100m) after jumping from barrier 11.