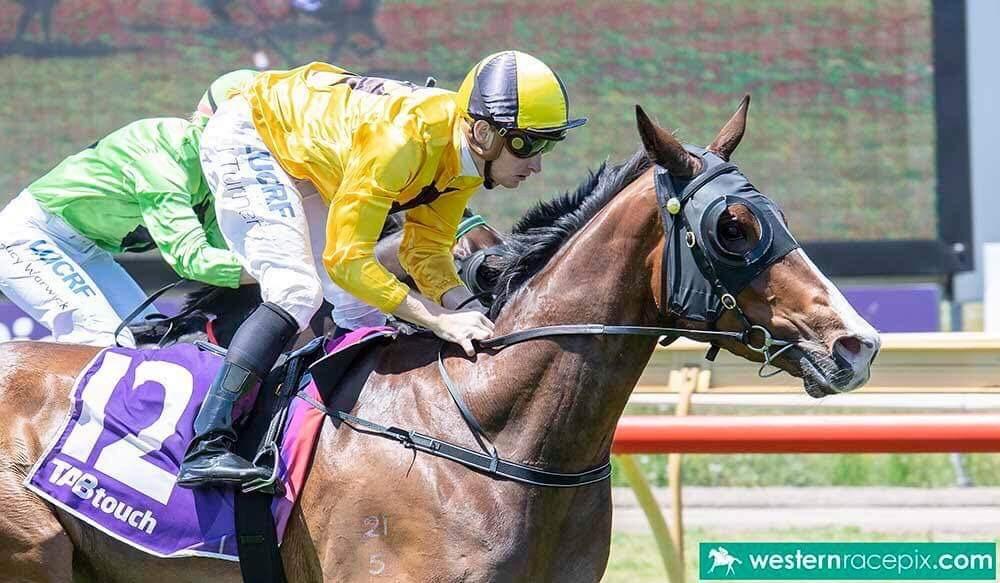 Well-bred Oakland Park three-year-old Chapasco broke his maiden status in nice fashion when storming home from the tail of his field at Bunbury on Wednesday.

The High Chapparal x Marascobel gelding showed promise when resuming from a spell over 1690m on November 1 and finishing only a short-half-head second to Habari.

Despite jumping from the outside barrier in Wednesday’s ASP Security Maiden (1675m), Chapasco ($5.70) was patiently ridden by hoop Jordan Turner as he allowed him to find his rhythm in the early stages of the 13-horse event.

He then powered to the line from 10th position at the corner to reel off the only sub-37-second final 600m sectional of the race, (36.69sec), before pulling away to beat Wild Galah ($10.10) by three-quarters-of-a-length.

Modern News ($5.40) finished a further length away in third place.

Chapasco, a staying type who appears to have plenty of scope, attracted media attention when making his race debut over 2000m as a two-year-old in June.

The gelding failed to fire on that occasion, however, he’s taken natural improvement into his three-year-old season and is now likely to be aimed at the $400,000 Group 2 WATC Derby (2400m) next April.

Consistent gelding Mad Brad is also engaged to race on the eight-race card.