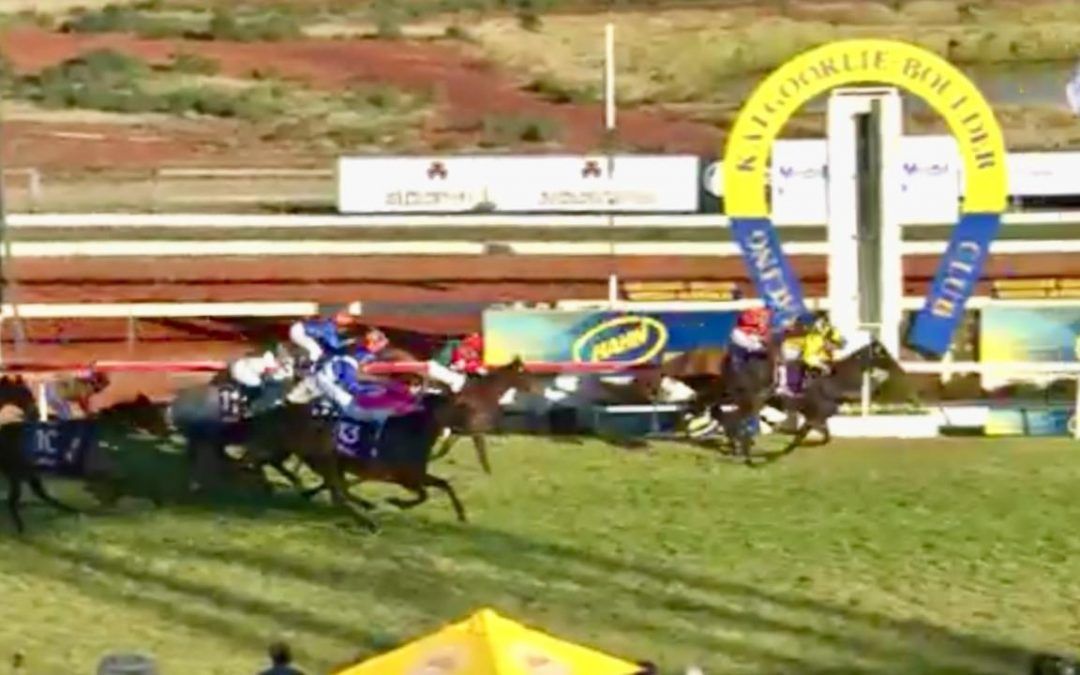 Viscount gelding Pushin’ Shapes landed the biggest win of his career when taking out the $100,000 Coolgardie Cup (1760m) at Kalgoorlie on Sunday.

The six-year-old was aided by an outstanding ride by jockey Joseph Azzopardi when settled fourth, one off the fence, after jumping from barrier eight in a field of 14.

A $6.70 chance on tote, Pushin’ Shapes loomed up turning for home and chased down tearaway leader Gloryland ($7.20) with a perfectly timed run to hit the front in the shadows of the post and score by a neck.

First Affair ($35.10) rocketed home from the tail of the field to finish third, beaten two lengths, with Thidwick The Moose ($33.10) a further head away in fourth place.

The win was Pushin’ Shapes’ sixth from 39 starts, which includes 26 first-four finishes, taking his career earnings to more than $400,000 including Westspeed bonuses.

The 2017 Narrogin Cup winner ran an eye-catching fourth placing in last year’s Coolgardie Cup and put the writing on the wall for Sunday’s win with a runner-up finish to in-form galloper, Prize Catch, at Belmont on August 25.