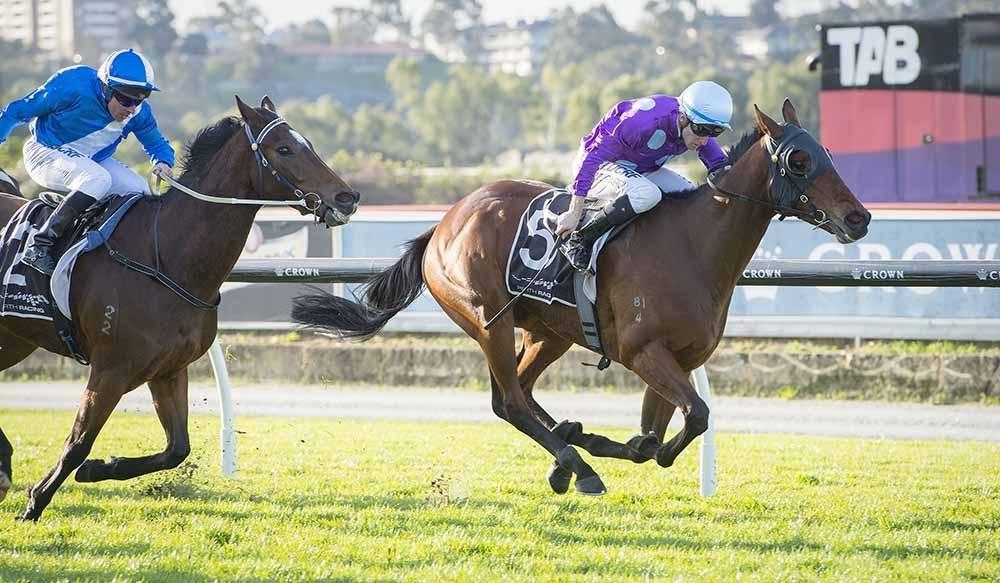 The Not A Single Doubt gelding relished the addition of blinkers for the first time and led from go to whoa for jockey Joseph Azzopardi after jumping from barrier 12 in the Crown Perth Handicap (1400m).

Sigil ($3.30) finished a further head away in third place.

Meanwhile, the Pearce stable will by vying for feature race success with Pushin’ Shapes in Sunday’s $100,000 Coolgardie Cup (1760m) at Kalgoorlie.

The Viscount gelding ran fourth in the race last year and has staked his claim for this season’s edition with a runner-up finish to the in-form Prize Catch in the inaugural Peninsula Mile (1600m) at Belmont on August 25.

The six-year-old will carry the 59kg top-weight and has drawn barrier eight in a field of 14.