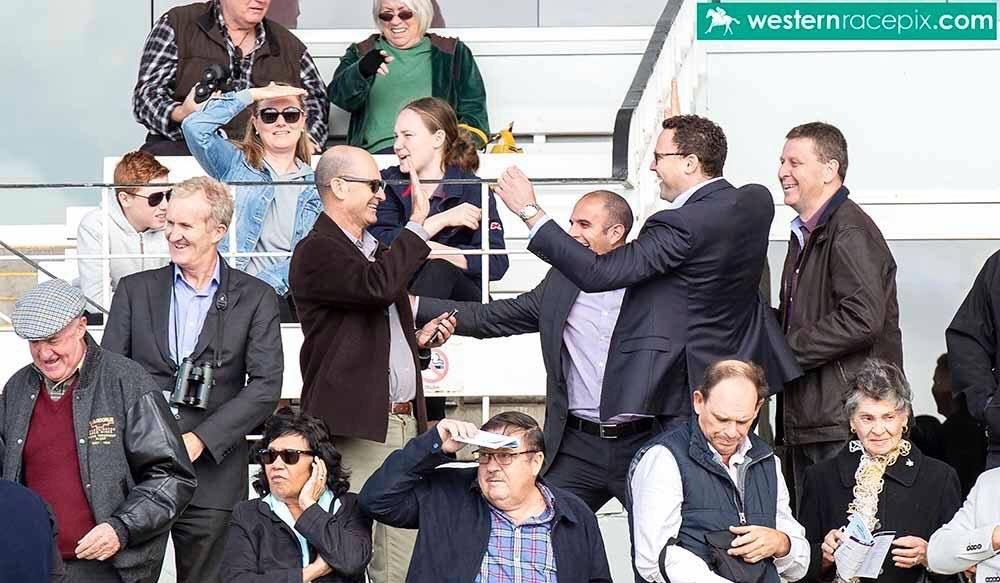 The filly, out of the Pearces’ former good race mare Tip The Angel (dec), showed a strong turn-of-foot from towards the tail of the field on a wet and wild Perth day.

Heavily supported late in betting into $2.80 favouritism, the filly was aided by a clever ride by Lucy Warwick and didn’t let punters down despite some anxious moments turning for home.

Nemiroff ($3.90) led and gave a strong kick upon straightening, leaving Angelic Ruler with a few lengths to make up approaching the 200m mark.

She knuckled down strongly over the final furlong to reel in the leader and pull away by half-a-length at the finish, with Regal Counsel ($3.40) a further neck away in third place.

Tip The Angel, a winner of eight races and more than $220,000 in stake earnings, has now produced winners with all four of her offspring to have raced.

Angelic Ruler is the first racer and winner from the Pearces’ two-year-old ready-to-run sale held in November last year.

Other two-year-olds from the same sale include Speedy Miss, who is set to make her race debut at Belmont this Saturday, and unraced gelding Black Comet, who was spelled after winning a Lark Hill trial in April.

The Pearce stable also have Essential Spice, Mad Brad and Trakiato engaged at Belmont on Saturday.