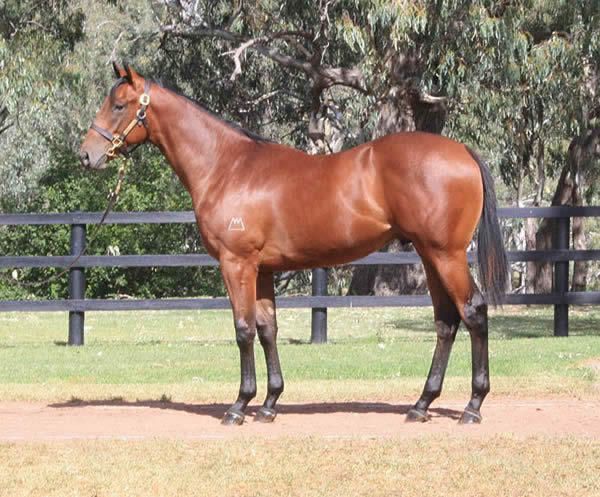 Not A Single Doubt gelding Supreme Force will launch his winter campaign at Pinjarra today.

The former $230,000 Australian Premier Yearling Sale graduate, now a rising four-year-old, was tuned up with a Lark Hill trial win in the fastest heat of the morning on June 8.

Daniel and Ben Pearce have held a high opinion of the big bay for the better part of two years now, however, a combination of immaturity and soundness issues has delayed the start of his racing career.

His only race start to date was in a strong Saturday field at Ascot on January 27 when finishing fifth, beaten just a length-and-three-quarters, behind Lady Le Jeane and subsequent black-type winners Epic Grey and Mizlecki.

Meanwhile, the Pearce brothers have taken a rather unorthodox approach with two-year-old debutant Chapasco at Pinjarra today.

The regally-bred High Chaparral gelding, hailing from the same family as Marasco, will have his first start over 2000m in the Enjoy Our Xmas In July Buffet Maiden.

Chapasco ($8.00) will also be ridden by Pike and has had the benefit of two recent Lark Hill trials, the most recent when facing older company and finishing fifth to Grand Cadeau in an 11-horse heat over 1450m.

Pearce-trained gelding Dickoletto ($6.00) will race third-up from a spell later in the program when he steps out to a staying distance for the first time in the Work Clobber Handicap (2000m).

The Dick Turpin three-year-old finished second to Cool Dynamite in a 1400m Ascot event eight days ago and will today have his first attempt beyond 1500m.

He’ll be partnered by Alan Kennedy and the pair have drawn suitably in barrier two in a field of 11.

Pearce Racing have Pushin’ Shapes engaged in the $150,000 Group Three Strickland Stakes (2000m) at Belmont on Saturday and will also be represented by Street Fury, Superior Smile, Vital Silver and Let’s Twist throughout the eight-race card.

[PHOTO: Supreme Force as a yearling.]