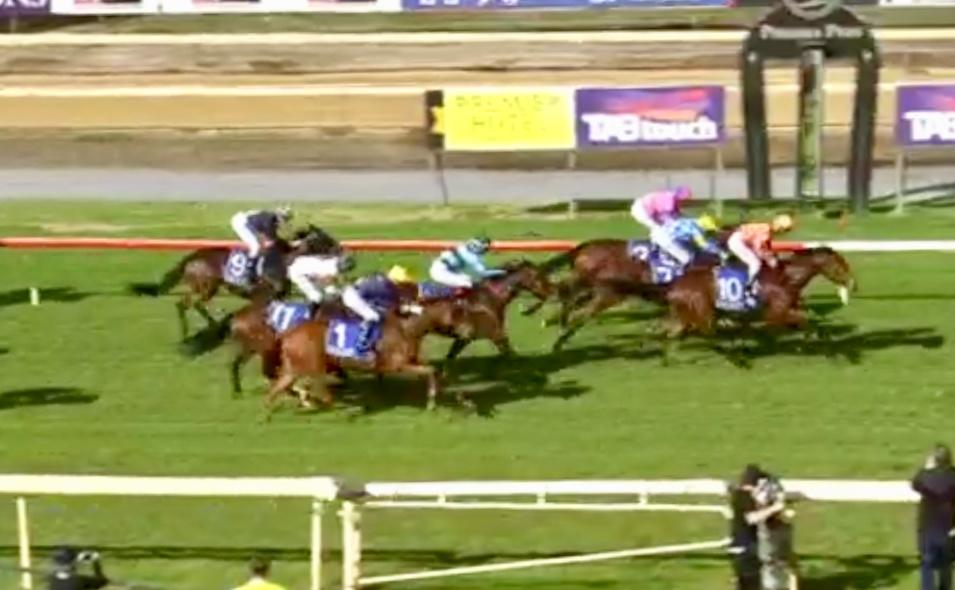 Three-year-old filly Friar’s Fantasia scored the first win of her four-start career at Pinjarra on Thursday.

Starting a $2.70 favourite in the G Force Printing Maiden (1400m), the daughter of Blackfriars stepped out over the seven furlongs for the first time and needed every inch of it to pull off a narrow victory.

She was afforded a perfect ride by hoop Alan Kennedy when settled in the one-out, one-back position before hitting the front in the shadows of the post under hard riding.

Friar’s Fantasia resumed from a spell with a fast-finishing fourth placing behind Shania Style over 1200m at Belmont on May 16 but endured a torrid run when caught wide in a Northam maiden at her following outing.

The filly is still quite green and remains a work in progress, however, Ben and Dan Pearce are confident she’ll continue to improve with race experience.

The Pearce stable will saddle-up Pushin’ Shapes in Saturday’s $150,000 Group Three Hyperion Stakes (1600m) at Belmont and have six runners engaged at Kalgoorlie on Sunday.