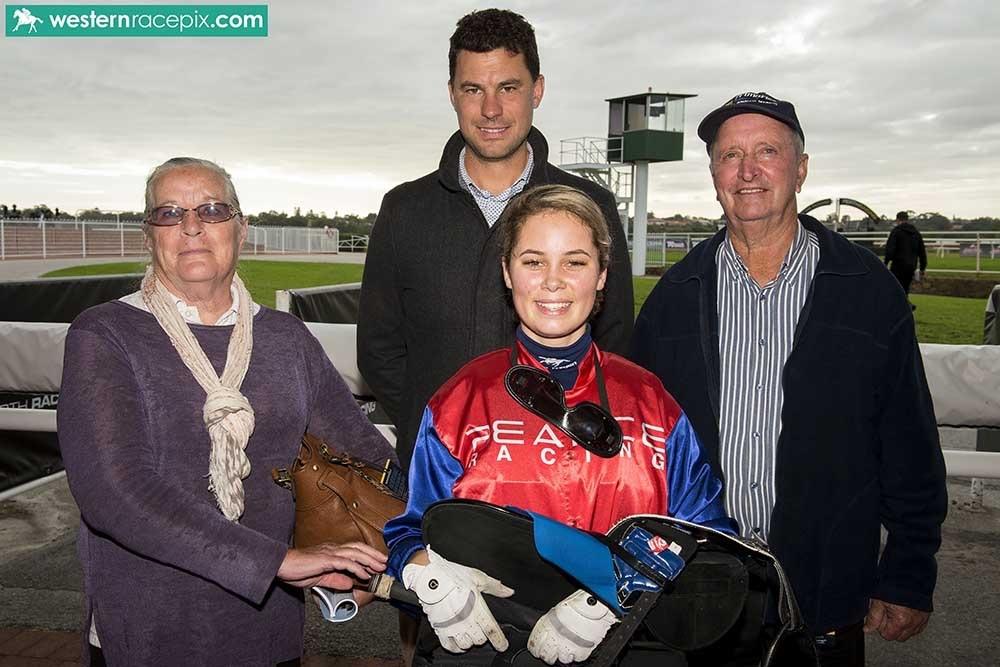 Scandal Keeper four-year-old Don’t Fuss handled a rise in class to score the third win of his nine-start career at Belmont on Wednesday.

The gelding showed potential when winning two of his first three race starts in the spring, however, he raced below expectations in his first three outings this preparation.

He put the writing on the wall for a winning return with a last-start second-place finish to Misty Metal at Northam on May 31 and relished his first start over 1200m in Wednesday’s Get The TABtouch Handicap.

Ridden by in-form apprentice Tayla Stone, Don’t Fuss ($11.10) settled beautifully behind pacemaker’s General Husson ($3.60) and Sophia’s Secret ($1.80F) before peeling out three-wide turning for home and finishing strongly down the middle of the track.

The Pearce stable will saddle-up consistent Viscount gelding, Pushin’ Shapes, in Saturday’s $150,000 Group Three Hyperion Stakes (1600m) at Belmont before travelling to the Goldfields where they have six runners engaged at Kalgoorlie on Sunday.