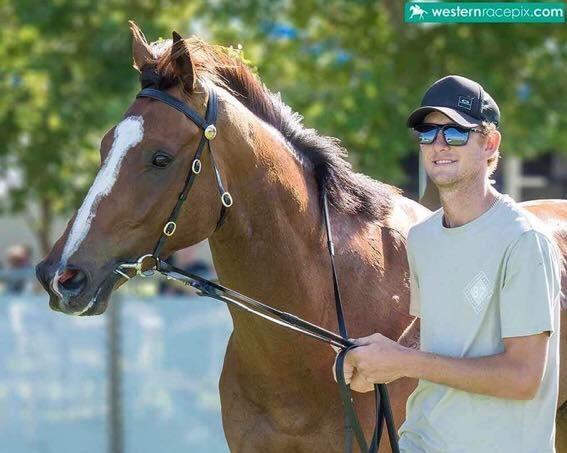 The gelding had two starts in his debut race preparation last summer and hasn’t raced since scoring an impressive Bunbury Maiden win by more than three lengths on January 18.

Daniel and Ben Pearce plan for Trakiato to head towards next month’s $100,000 Listed Belmont Guineas (1600m), however, he may need to win another race to ensure he gains a start in the feature event.

Trakiato currently sits on the second line of betting at $3.60 for today’s Vale Roy Dicks Handicap (1200m) on the back of an encouraging Lark Hill trial effort when a close-up fourth behind Luke’s Gold.

Jarrad Noske retains the mount aboard the striking bay and the pair will jump from barrier six in a field of 10 following the scratchings of Bombardment and Take The Stand.

Meanwhile, Father Knick ($5.00) will race with blinkers for the first time in the Western Racepix Handicap (1200m) at Belmont today.

The Blackfriars three-year-old has had an indifferent preparation due to soundness issues, however, the Pearce stable expect him to appreciate a drop in grade as well as the new gear change.

The gelding will jump from barrier nine in an 11-horse field with Joseph Azzopardi aboard.

Stablemate Quality Fair has been scratched from the same event in preference for a race at Belmont this Saturday.

Daniel and Ben Pearce are hopeful a drop in distance will help Truth And Lies ($51) improve today.

The Star Witness filly has failed to recapture her best form this preparation but drops back from 1300m to 1000m in the Kalgoorlie-Boulder 125 Years Reunion Handicap.

Azzopardi is also booked to ride the filly and will jump from gate six in an 11-horse field.