On Trak for Belmont Guineas 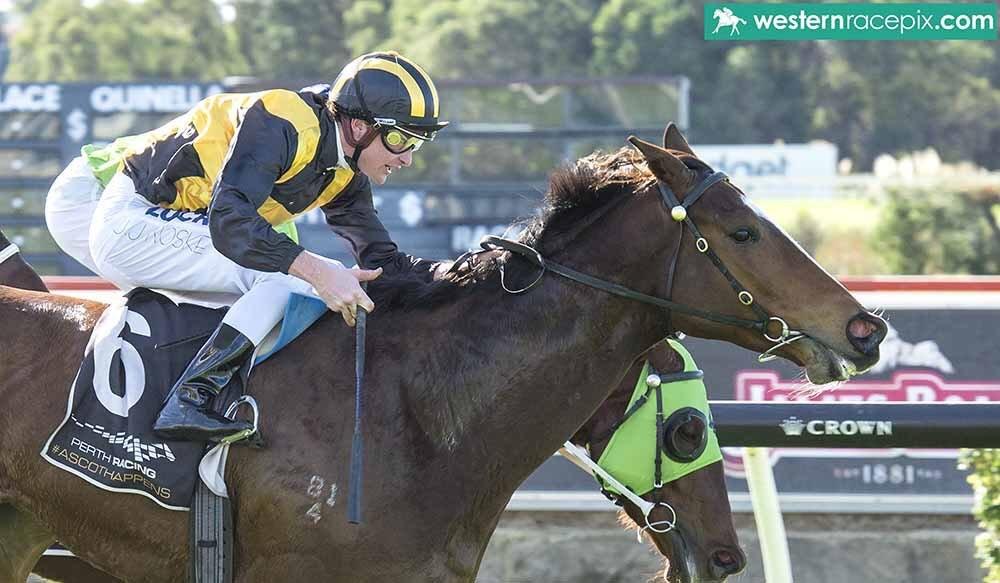 Trakiato staked his claim for next month’s $100,000 Belmont Guineas when winning first-up from a spell at Belmont on Wednesday.

The Toorak Toff three-year-old was backed into $3.60 favouritism in the Vale Roy Dicks Handicap (1200m) and was aided by a gun ride from Jarrad Noske after jumping from barrier six in a 10-horse field.

The gelding settled in the one-out, one-back position in running before peeling out three-wide turning for home and letting down strongly over the final furlong.

Captain Stirling ($12.70) led the field and fought on gamely to finish a neck second, with Song Of Vincent ($6.40) a further half-length away in third place.

The win was Trakiato’s second from just three race starts and the Pearce brothers are confident there is still improvement to come as he gets over more ground.