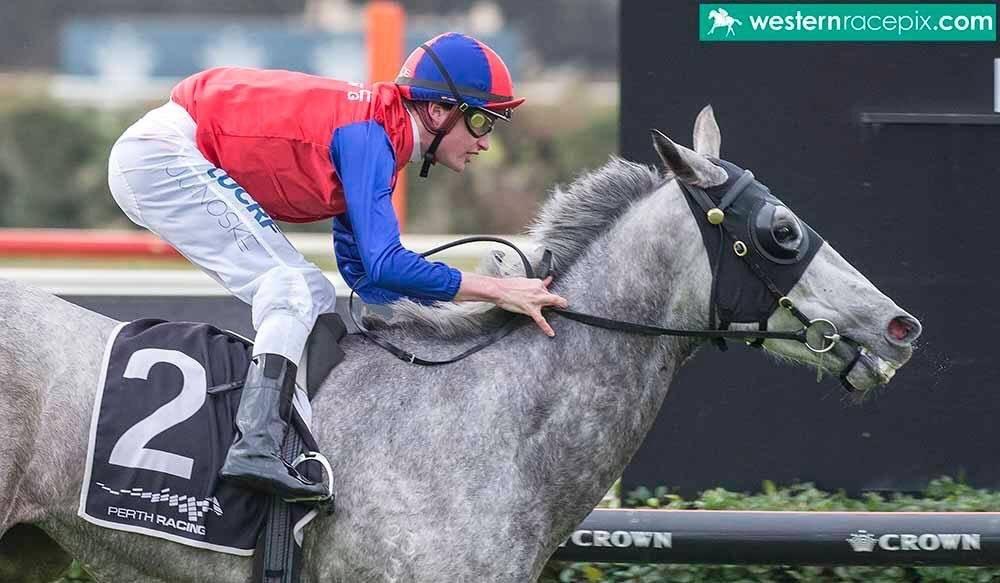 The Wanted four-year-old, who opened as much as $4.40 in pre-post markets on Thursday, was heavily-backed into a white-hot $2.00 favourite prior to the running of the Sky Racing TV Provincial Championships final (1400m).

Rider Jarrad Noske stalked tearaway leader Tranquilla Sunrise ($60.30) in running before releasing the handbrake at the 200m mark and scoring by more than two lengths in the grey gelding’s first start on a soft track.

The win takes Vital Silver’s impressive race record to six starts for four wins and two minor placings and he looks set for bigger and better things down the track.

Meanwhile, Daniel and Ben Pearces’ other two runners on the day, Pushin’ Shapes and Essential Spice, finished second in their respective races.

Pushin’ Shapes ($12.70) finished strongly from the second-half of the field in the Ascend Sales Trophy Handicap (1600m) but was no match for exciting up-and-comer Galaxy Star ($1.40).

Galaxy Star pulled away to beat Pushin’ Shapes by two-and-a-quarter lengths, with Red Publisher ($26.90) a further three-quarter-length away in third place.

Two-year-old debutant Essential Spice ($7.50) ran a promising race in the Mumm Champagne Plate (1000m) earlier in the program and looks set for a bright future.

The Gingerbread Man filly was caught three-wide after jumping from barrier 10 in her 11-horse field but ran on gamely to finish runner-up to raging favourite Market Ruler ($1.40).

The Pearce stable have nominated 12 runners for meetings at Ascot and Northam this Wednesday and Thursday.