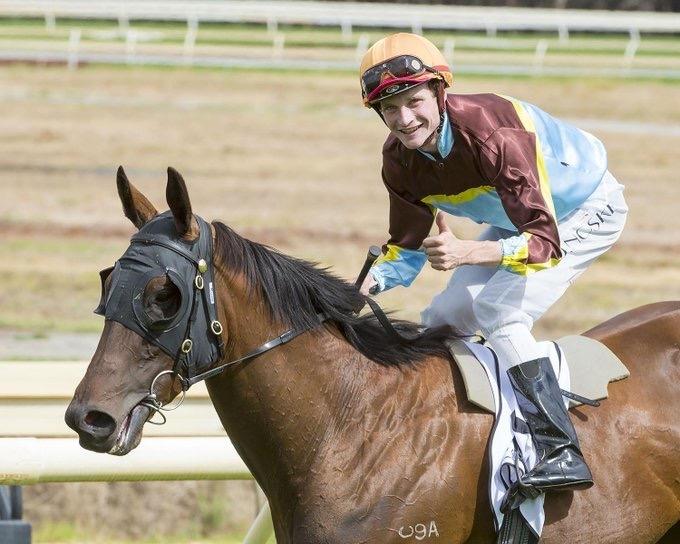 Enchanted Dream will race at Pinjarra today for the first time since winning last season’s WA 3YO Magic Millions Trophy.

The Patronize four-year-old’s feature win was the final leg of three consecutive Pinjarra victories, giving her a perfect record at the track.

The injury-plagued mare has raced just four times since then and is yet to win another race, however, she gets her best opportunity in today’s SMB Electrical Handicap (1413m).

Enchanted Dream ($3.60) will follow an unorthodox lead-up into today’s race, having raced just once since resuming with a promising runner-up finish to Belter, who went on to win three of his next four races, on March 17.

Soundness issues prevented the mare from racing again for a further 49 days but co-trainers Daniel and Ben Pearce were pleased with her last-start fifth placing on May 5 and expect her to appreciate a drop in grade from Saturday company today.

Regular rider Jarrad Noske will take the mount and the pair will jump from barrier six in a field of 12.

The three-year-old gelding, also by Patronize, was an Ascot winner on April 18 when defeating A Bit Sketchy in stronger company.

He looks suited by a drop in class and has drawn favourably in barrier four in a 14-horse field.

Meanwhile, Dick Turpin three-year-old Gunflint ($4.00) will make his race debut for the Pearce stable when he lines up in the opening event of the nine-race card, the JRM Resources Maiden (1000m).

The grey gelding was a recent Lark Hill trial winner and has the services of Jarrad Noske in the saddle.

Watto’s Fury ($26) and Wild Fusion ($26) will form a two-pronged attack for Team Pearce in the Coil Cleaning Australia Handicap (1200m) later in the day.

So Secret three-year-old Watto’s Fury, to be ridden by Alan Kennedy for the first time, finished fourth to progressive type Pearls And Prawns at Ascot on May 2.

Oratorio three-year-old Wild Fusion, a winner over 1350m and 1690m during his debut campaign when last in work, will race first-up from a spell and will be partnered by Joseph Azzopardi.

The gelding’s have drawn barriers eight and five respectively.

Pearce-trained trio Vital Silver, Pushin’ Shapes and Essential Spice are engaged to race at the first Belmont meeting for the year this Saturday.