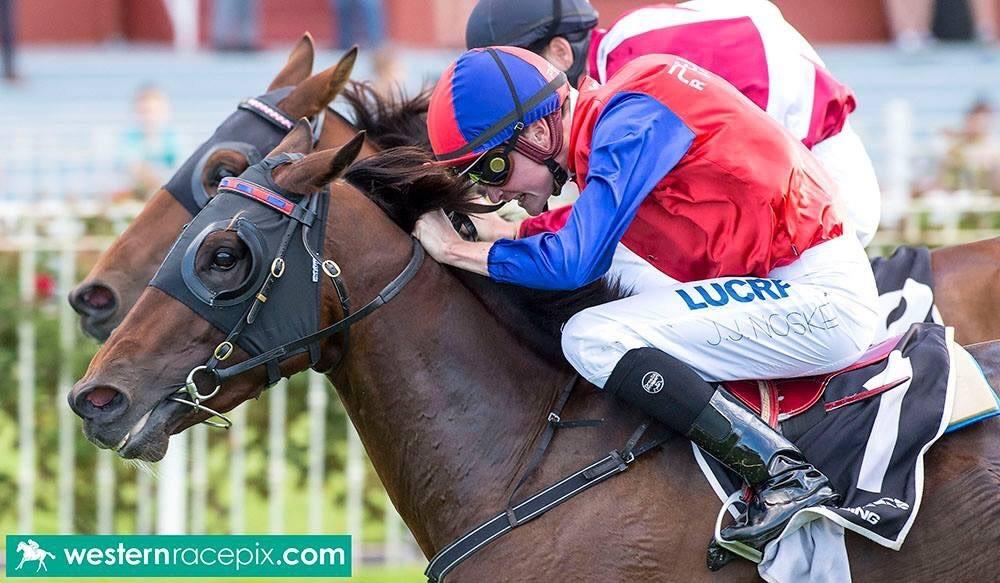 The star colt, a winner of the Listed JC Roberts Stakes (1800m) and Listed Melvista Stakes (2200m) at his past two starts, has been backed from $9.00 into $5.50 second-favourite with TABtouch.

Action ($3.70), who finished powerfully to run fifth in the Melvista Stakes, and Sentimental Friend ($6.00), the Melvista runner-up, are the only other runners at single figure odds.

Jarrad Noske retains the mount aboard Money Maher and the pair will jump from barrier eight in a full field of 16 runners following the scratching of emergency Snitzatune.

The filly ran a solid fourth in a Belmont trial five day’s ago and will jump from barrier four with Joseph Azzopardi aboard.

The Pearce stable will also saddle-up Hillbert ($11), a Magical Albert four-year-old, who resumes from a spell in the Ascend Sales Trophies Maiden (1200m).

Ben and Daniel Pearce have elected not to trial the gelding and will be looking to make use of his handy first-up record of two starts for two minor placings.

Jarrad Noske is booked to ride Hilbert for only the second time in his six-start career to date and will have to overcome an awkward draw of barrier seven in a nine-horse field.