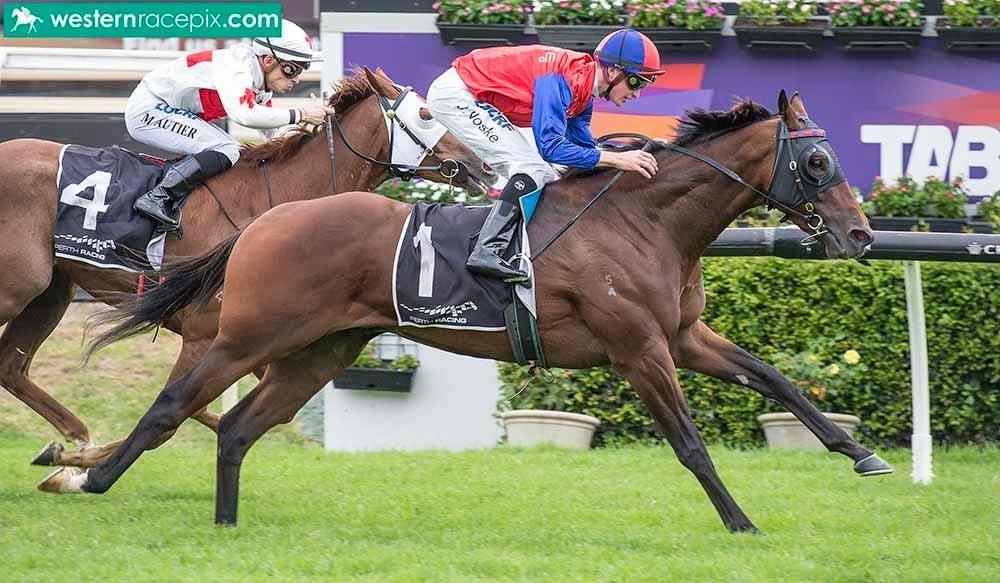 Classy colt Money Maher will be vying for his third black-type victory at Ascot today.

After performing below expectations at his first two runs back from a spell, Money Maher relished the addition of blinkers and a rise in distance when taking out the Listed JC Roberts Stakes (1800m) a fortnight ago.

Regular rider Jarrad Noske retains the mount aboard the son of Al Maher and the pair will jump from barrier five in a field of 12, the same gate the colt won from at his last start.

Stablemate Father Knick faces a rise in grade at Ascot today when he contests the $100,000 Listed Raconteur Stakes (1500m), whilst also stepping out beyond 1200m for the first time.

The Blackfriars three-year-old has recorded four wins and a minor placings in a seven-start career and was doing his best work over the concluding stages of his last-start win when defeating Halldora by a neck at Bunbury on March 21.

Joseph Azzopardi is booked to ride the gelding, who will come into barrier four in only an eight-horse field following the scratching of Love Always.

The Pearce stable will be looking for their third stakes win in as many weeks after recent success with Money Maher and Agent Pippa in the Listed JC Roberts Stakes and Group Three Gimcrack Stakes respectively.