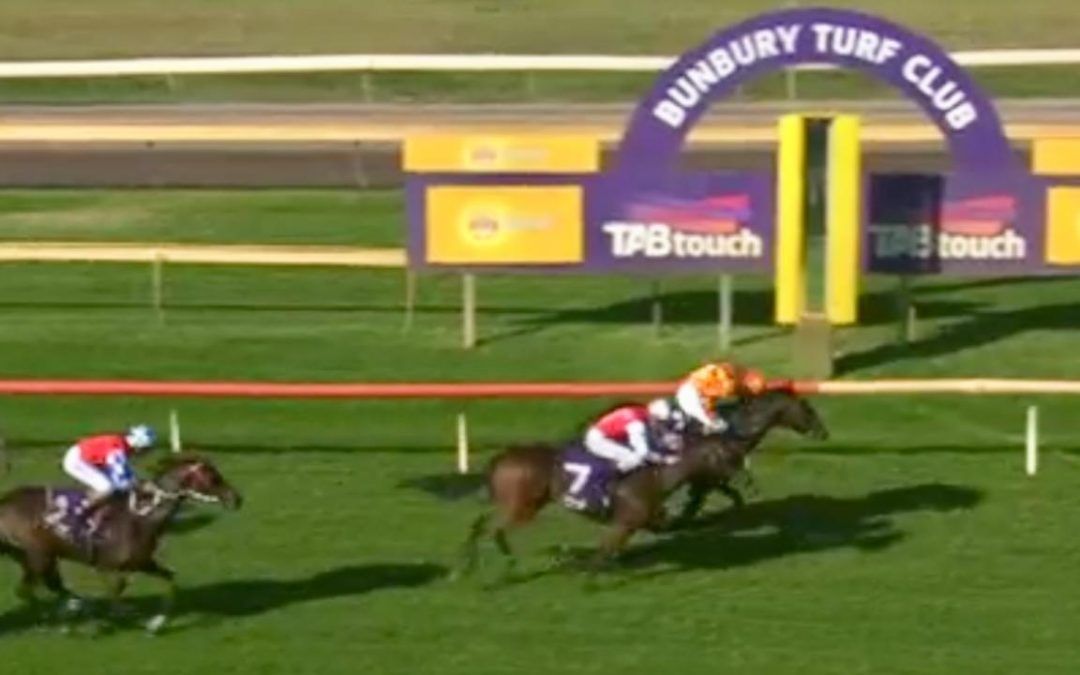 The in-form Daniel and Ben Pearce stable struck again at the final meeting of the Bunbury season on Wednesday, with the brothers training a stable quinella.

Let’s Twist ($3.60) and race-favourite Racy Ava ($2.00) appeared the two standout chances in the Amelia Park Handicap (1690m) as the only two runners in the nine-horse field at single figure odds and the market proved correct.

Let’s Twist, a Statue Of Liberty five-year-old, got the better of her younger stablemate after a cagey ride from Jarrad Noske, who led from start-to-finish aboard the mare.

Testa Rossa three-year-old Racy Ava, who currently sits on the fourth line of betting for next Saturday’s Group Three WA Oaks (2400m), was caught flat-footed turning for home of the mile journey but finished powerfully to miss by only a short-neck.

The Pearce pair cleared out from the rest of the field, with Dr Sykes ($11) finishing a further two lengths away in third place.

Let’s Twist put the writing on the wall for a winning performance with two encouraging placings since resuming from a spell, the most recent when finishing just a neck second to Avidus at Bunbury on March 21.

Meanwhile, Pearce three-year-old Superior Smile ($22.40) made sharp improvement when finishing just a half-length third to Men Of Mukinbudin ($7.00) in the XXXX Gold Handicap (1410m) on Wednesday.

The Pearce stable have trained four winners and four placings from their past 15 runners, including stakes victories in the Listed J.C Roberts Stakes and Group Three Gimcrack Stakes with Money Maher and Agent Pippa respectively, and have a total of 43 wins for the 2017/18 season.