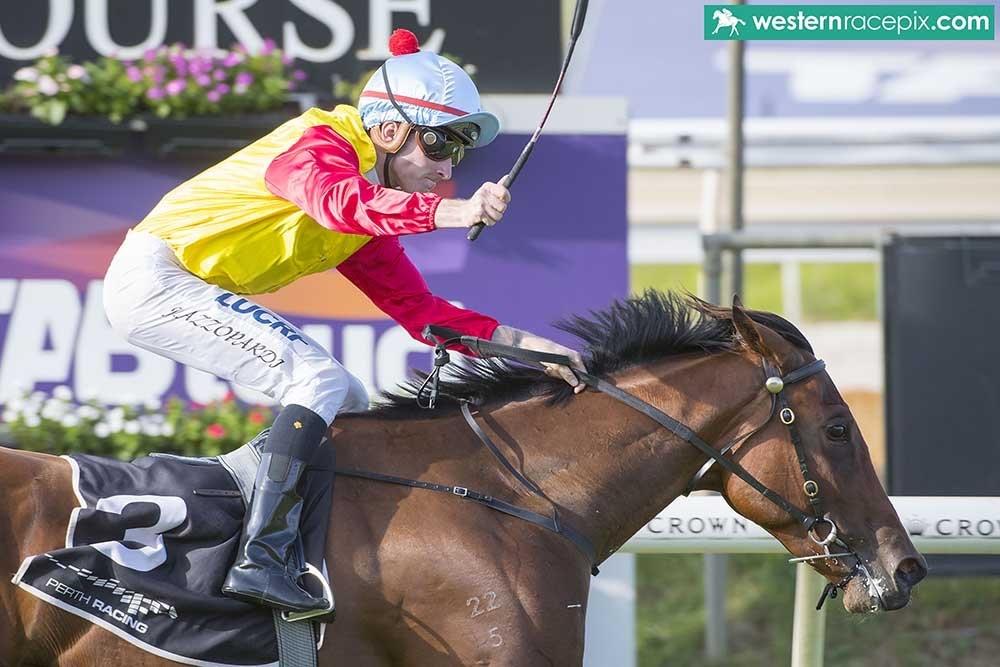 Race-favourite Assetro ($2.70) finished powerfully for second, beaten a length, while Bam’s On Fire ($8.60) and Princess Pierro ($5.80) also rocketed home from towards the tail of the field to finish in third and fourth place respectively.

The slick win was Agent Pippa’s second from just three race starts and takes her career earnings to $168,700 including WestSpeed bonuses.

It brought up the second leg of a black-type winning double for rider Joseph Azzopardi, who also saluted aboard Chix Pic ($6.50) in the colts and gelding’s edition the race prior, the $150,000 Listed Iron Jack Perth Stakes (1100m).

Azzopardi now faces a difficult decision about which two-year-old to ride in the $500,000 Group Two Karrakatta Plate (1200m) in a fortnight’s time.

The Gimcrack Stakes is Pearce Racing’s second stakes win within a week, having won the $100,000 Listed J.C. Roberts Stakes with Money Maher six days prior.