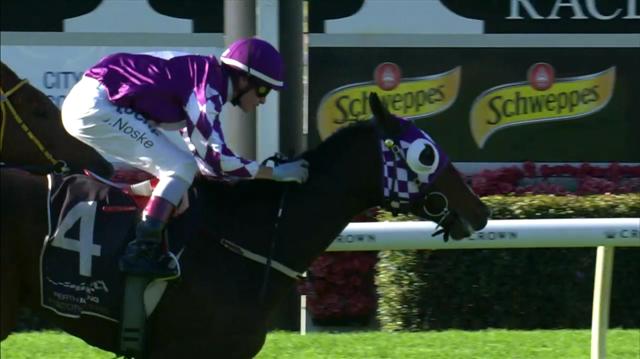 Daniel and Ben Pearce are confident their three runners engaged at Bunbury today are among the leading chances in their respective races.

Trakiato ($10), a Toorak Toff gelding, was a Lark Hill trial winner on August 28 before being spelled due to shinsoreness.

He was tuned up for his first race start with a Belmont trial on December 18, where he worked to the line strongly to finish third, and will be ridden by Jarrad Noske in today’s Kookakrumb Maiden (1200m).

Fellow debutants Sariska ($1.90), trained by Vaughn Sigley, and How To Fly ($4.80), trained by Adam Durrant, are held in high regard by their stables and look likely to provide tough opposition.

The Pearce brothers will be hoping for a first-four finish from Trakiato, who they believe has above-average ability but will be better suited over longer journeys.

Pearce Racing purchased Rebow ($4.80), a four-year-old, as a tried horse from the 2017 Inglis Throughbred Sale in August and predict a bright future ahead for the son of Reset.

The gelding had three starts in Victoria and will make his WA debut in the B0Q Bunbury Maiden (1200m) with Noske aboard today.

The Pearce stable expect him to improve as he gets further over ground, however, they are confident he’ll produce a bold performance first-up.

The Sebring gelding led the field into a strong head-wind when resuming from a spell 12 days ago and battled on well to finish one-and-a-quarter lengths fourth to Hot Bresa.

He drops two kilos from that run after the booking of apprentice Tayla Stone for today’s event and has recorded a win and a placing from three attempts racing second-up in the past.

Talented four-year-old Fraternize will make much long-awaited return from injury for the Pearces at Ascot tomorrow before the stable turn their attention to Monday’s TabTouch Perth Cup meeting at Ascot where they have Street Fury, Tenterden and Le Patron engaged.