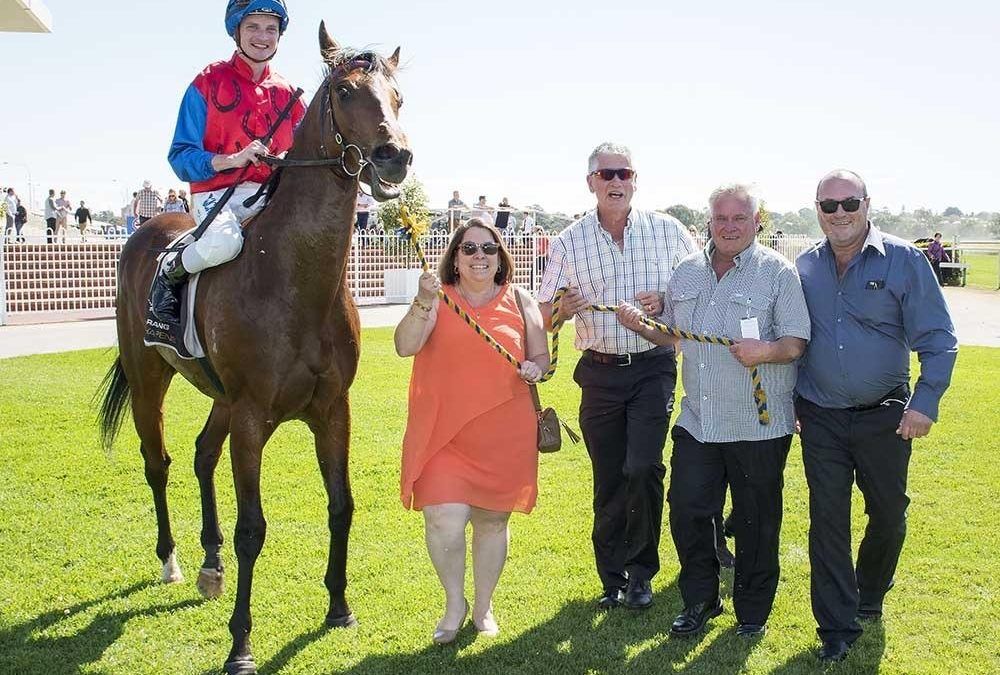 Co-trainers Ben and Daniel Pearce are confident their star three-year-old Money Maher will handle the rise to 1600m in tomorrow’s Sky Racing WA Guineas with ease.

Originally opened at $61 by bookmakers in future’s betting markets for the $500,000 Group Two event, the Al Maher colt is now the $4.20 outright-favourite after a slashing win in the Listed Fairetha Stakes (1400m) a fortnight ago.

“I’ve always thought that the further he goes the better he’s going to get,” Ben Pearce said.

“In his breeding there’re Oaks winners back in the family so I don’t think the distance will be a problem at all.”

Money Maher, who ran third to Debellatio in the Group Three WA Sires’ Produce Stakes as a two-year-old, stormed into Guineas contentions when he strung together consecutive dominant wins during his last preparation.

He was having his first start for seven weeks in the Fairetha Stakes and came from eighth position at the turn to blow his rivals away by two lengths in arrogant fashion.

He’ll again be ridden by Jarrad Noske in the Guineas and the pair will jump from barrier 10 in a capacity 16-horse line-up if the second emergency doesn’t gain a start.

Pushin’ Shapes will start in the TabTouch Perth Cup – New Year’s Day Handicap (1600m) after a luckless run in the Listed Ascot Gold Cup on November 11.

The Viscount five-year-old was caught up behind a dawdling tempo and unable to secure a clear passage in the straight, however, he looks ideally suited dropping back in both class and distance in tomorrow’s event.

“He’s definitely one of the main chances in it,” Dan Pearce said.

“He’s worked great and he’s fit and well so we’re hoping for a good run.”

Pushin’ Shapes has drawn barrier in a 13-horse field and will carry 57.5 kilos after in-form apprentice Tayla Stone’s claim.

The Dangerous seven-year-old trialled in great fashion prior to an encouraging first-up run but then missed the start by five lengths in the Listed Northam Cup last time out.

The gelding has since trialled to the satisfaction of stewards and Ben Pearce says he’s forward enough to run a good race despite his $101 quote.

“I think it’s a huge price to be honest,” he said.

“He’s a Boulder Cup winner and I don’t think he deserves to be that price.”

The Pearce brothers trained their 30th winner for the 2017/18 season when talented Street Boss three-year-old Street Fury won first-up from a spell at Ascot on Wednesday.