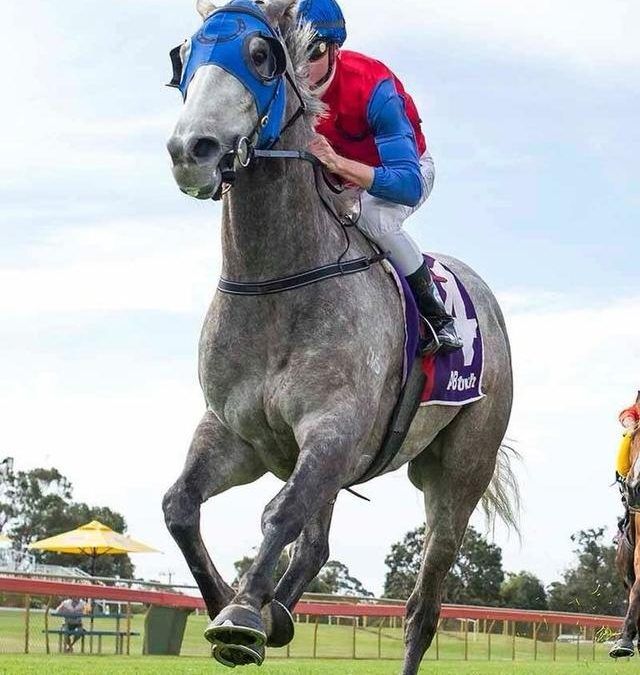 Exciting four-year-old Vital Silver will be vying for his third consecutive win at Bunbury today.

The Wanted gelding put the writing on the wall with a fast-finishing and slightly unlucky third placing to Another Story on debut before dominant performances at his past two starts.

Co-trainers Daniel and Ben Pearce have a good opinion of the steel grey and believe their patience with him is starting to be rewarded.

Vital Silver is undefeated from two attempts at the Bunbury 1400m circuit and is the $2.40 pre-post favourite for today’s Printsync Travis Durnin Handicap (1400m).

Stable hoop Jarrad Noske retains the mount and the pair will jump from barrier six in a 12-horse field.

Meanwhile, Magic Albert four-year-old Hillbert ($3.50) will be looking to break his maiden status in the opening event on the eight-race card, the Amelia Park Maiden (1200m).

The Pearce stable believe the gelding has above-average ability, however, he was the victim of bad luck last time out when severely checked in the straight and subsequently fading to finish ninth to In Love With Paris.

Noske replaces Peter Hall aboard Hillbert today and the duo appear to have strong first-three claims jumping from barrier four in an 11-horse line-up.

The Pearce brothers will also saddle-up Misty Lad ($3.40) for his WA debut in the Aquaviva Catering Handicap (1400m) today.

The regally-bred colt is a son of Redoute’s Choice and out of a daughter of Group One-winning mare Demerger.

The three-year-old, previously in the care of Gai Waterhouse and Adrian Bott, will race in the anti-clockwise direction for the first time.

He’s drawn suitably in barrier four in only a nine-horse field and rates among the key players in the race with Glenn Smith aboard.

Pearce Racing will be represented by new stable acquisition Projaimais at Northam tomorrow.