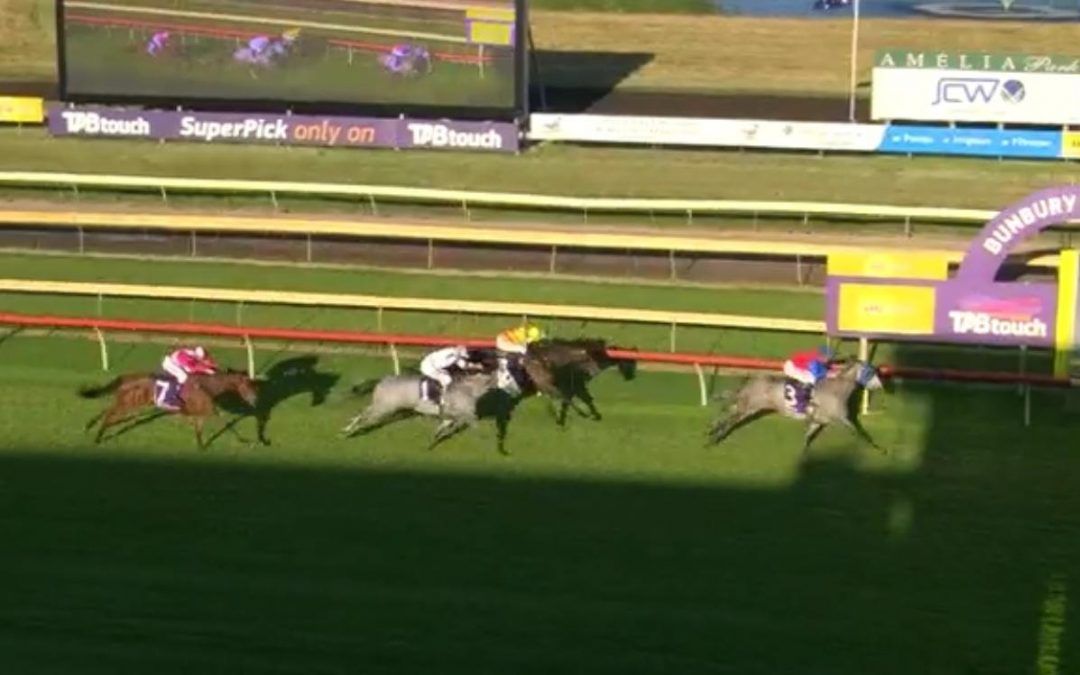 The future looks bright for Vital Silver with the progressive type bringing up a hat-trick of wins at Bunbury on Wednesday.

Backed from $2.40 to $1.80, the Wanted four-year-old was perfectly positioned by stable hoop Jarrad Noske in the one-out, one-back position before romping away to take out the Printsync Travis Durnin Handicap (1400m) by two lengths.

Ragazzo D’oro ($7.10) set a genuine tempo out in front and battled on well for second place, with a further half-length back to Swift Platinum ($11).

Vital Silver recorded a slick 1:23:50 for the 1400m, more than one second faster than the two other races ran over the same distance on the day.

The win brings his imposing record to four career starts for three wins and a minor placing.

Meanwhile, former Sydney galloper Misty Lad ($2.40) had his first taste of racing in the anti-clockwise direction when third in the Aquaviva Catering Handicap (1400m).

The Redoute’s Choice three-year-old loomed large turning for home, however, ran out of condition towards the end of his first start for 31 days to finish three-and-a-quarter lengths behind race-favourite Arctic Stream ($2.30).

The Pearce stable will saddle-up Projaimais at Northam tomorrow before they turn their attention to Saturday’s $200,000 Group Three WA Champion Fillies Stakes (1600m) at Ascot where they have Racy Ava engaged.