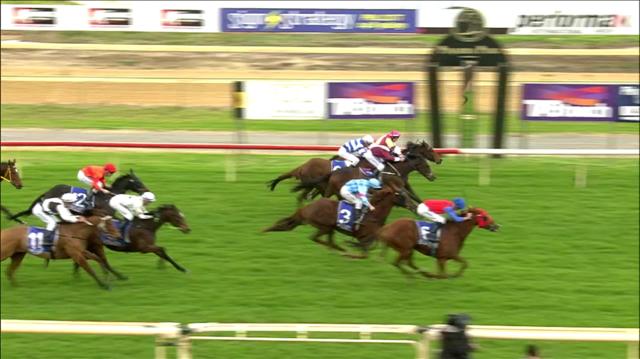 The brothers appear to be well represented at the mid-west region’s second meeting for the season with Everything’s Sweet, Demeritorious, Hashtag and Wild Fusion engaged.

Not A Single Doubt three-year-old Everything’s Sweet ($1.90) looks to have found a suitable race in the Iron Jack Maiden (1300m) after somewhat disappointing finishes at her past two outings.

The filly ran fourth, albeit beaten by just one-and-a-half lengths, to the undefeated and subsequent city winner Rockon Tommy in a Northam maiden on September 14 before finishing sixth to Velago at York on October 5.

The Pearce stable believe she was unsuited by the York track on that occasion and expect sharp improvement today.

Everything’s Sweet will jump from barrier three in a nine-horse field with Peter Knuckey aboard.

Demerit three-year-old Demeritorious ($3.90) will make his race debut in the Owner’s Only Maiden (1100m) on the back of a solid Lark Hill trial performance when second to Macroy on October 16.

The gelding finished third at his only other trial in his career to date and looks capable of a forward showing at his first race start.

He’ll jump from barrier one in a 12-horse field following two scratchings and will be partnered by Peter Hall.

Hashtag ($6.50) appears to have found the easiest race of her preparation so far in the Midwest Sand Supplies Handicap (1200m).

The Flying Pegasus mare is now a seven-year-old but has the form lines to feature prominently after finishing fifth to handy types Warrior Of Justice and Chinetti at her past two starts.

She’ll also be ridden by Hall and her chances have been boosted by drawing the inside gate in the field of 10.

Oratorio three-year-old Wild Fusion ($7.00) will face a rise in class in the Sun City Print Handicap (1300m) but has first-four claims after a dominant Toodyay maiden win two starts back followed by a fast-finishing third at Moora last time out.

The gelding should be able to find a prominent position on-speed from barrier four and will also have the services of Hall in the saddle.