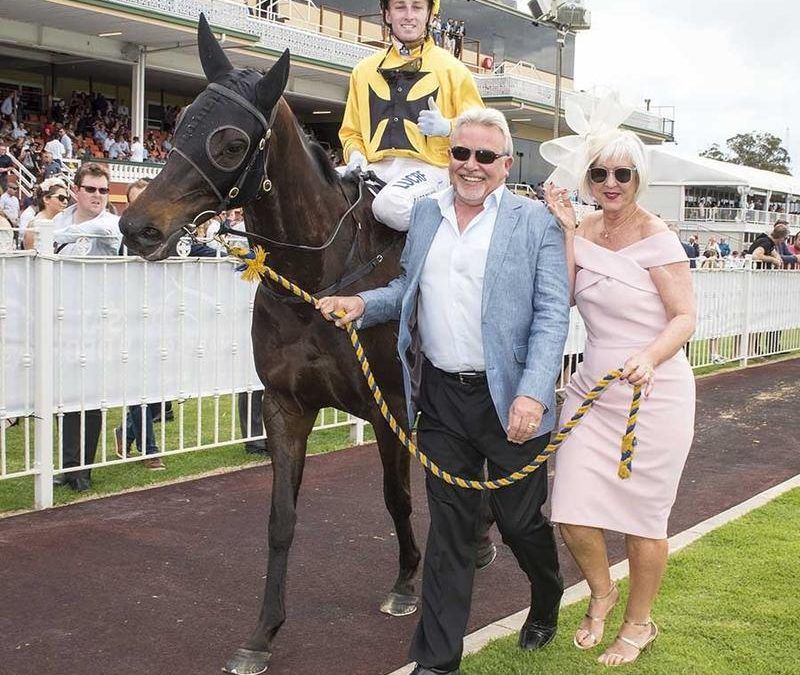 Fresh from a winning double from three runners at Northam on Wednesday, Daniel and Ben Pearce prepared an early race-to-race Ascot double when they took out the opening two events of the Northerly Stakes day program with Agent Pippa and Pushin’ Shapes.

Two-year-old debutant Agent Pippa ($3.20) backed up her impressive trial win at Lark Hill on Monday by leading from start to finish in the Western Racepix Belmont Horse Of The Year Plate (1000m).

A full sister to Metropolitan winner Double Digit, Agent Pippa dominated the race with Joseph Azzopardi aboard to defeat the fast-finishing Princess Pierro ($22.30) by a length.

The filly earnt $36,000 in stake-money for the win as well as an additional $35,000 in WestSpeed bonuses for connections.

In-form hoop Azzopardi then produced another stellar performance in the saddle when guiding home Viscount five-year-old Pushin’ Shapes ($7.00) to victory in the Crown Towers Handicap (1600m).

Azzopardi got a dream split at the top of the straight before Pushin’ Shapes finished strongly to hold off Point ($3.60) by three-quarters of a length.

The luck stopped there for Team Pearce, however, as Time To Hunt ($3.90) was held up behind a wall of horses in the straight before getting out late to run fourth to Slick Talker ($11.20) in the The Merrywell Handicap (1800m).

The Pearce brothers have now trained four winners and five minor placings from their past 15 starters.