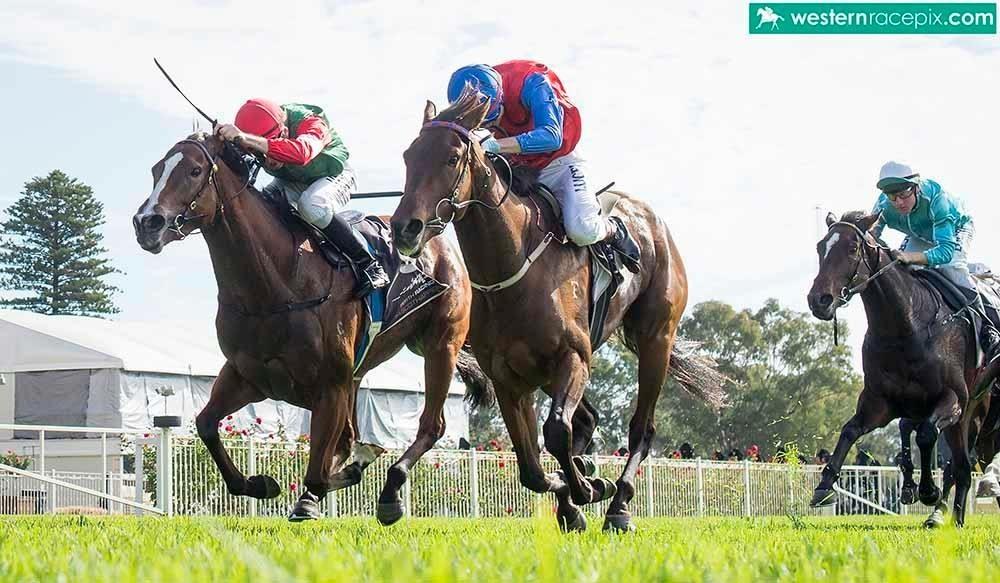 Daniel and Ben Pearce will be hoping to continue their good form at the opening Ascot meeting for the season today.

Fresh from a winning double from three starters at Northam on Wednesday, the brothers are well represented at WA racing headquarters with five runners engaged.

Two-year-old filly Agent Pippa is set to make her race debut while Pushin’ Shapes, Defiancy, Let’s Twist and Time To Hunt take part in other support races on the Northerly Stakes day card.

By early-running sire Demerit, Agent Pippa is currently the $3.40 pre-post favourite for the opening event on the program, the Western Racepix Belmont Horse Of The Year Plate (1000m).

She recorded a slick two-and-three-quarter length trial win at Lark Hill on Monday and the Pearce stable are confident she’ll run well despite backing up into her first race start just six days later.

Agent Pippa will be partnered by Joseph Azzopardi and will jump from barrier two in a field of 11.

Viscount five-year-old Pushin’ Shapes ($5.50) will be looking to go one better than his previous performance when he contests the Crown Towers Handicap (1600m) in the second event on the eight-race card.

The gelding finished second to the in-form Our Finest Moment last time out and looks to have solid claims again jumping from the inside gate in a seven-horse field.

The Pearce stable will launch a three-pronged attack in the final event on the program, the The Merrywell Handicap (1800m), with Defiancy, Let’s Twist and Time To Hunt.

Henrythenavigator four-year-old Time To Hunt ($4.60) is a progressive type and appears to be the strongest chance of the stablemates on the back of an encouraging last-start run when a fast-finishing second to Taxadermy over 1650m.

The gelding should be able to enjoy an ideal run in transit from barrier four and will be ridden by Jarrad Noske.

Wanted seven-year-old Defiancy has been knocking on the door for a well-deserved win following three consecutive runner-up finishes, however, faces a steep rise in class and the outside barrier draw to overcome in the 14-horse field.

Aaron Mitchell retains the mount aboard the gelding.

The Pearce brother’s are hoping for an improved run from Statute Of Liberty mare Let’s Twist after disappointing finishes at her past two appearances.

The five-year-old has been freshened since finishing sixth to Sonnen over 2100m 21 days ago.

She’ll jump from barrier 11 with Azzopardi aboard.