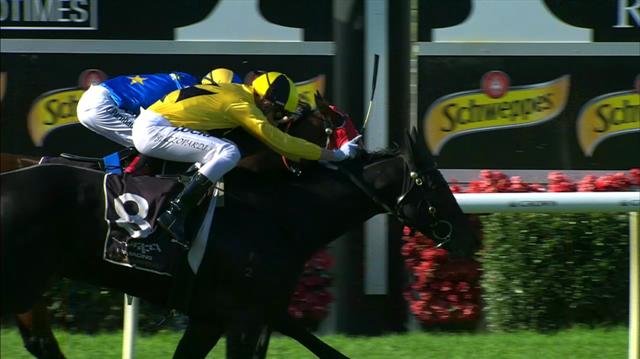 The gelding produced a slashing run when a fast-finishing fourth in the Coolgardie Cup over 1760m on September 3, however, failed to see out the 2100m distance of the Boulder Cup when seventh in the feature event 20 days ago.

The Pearce stable say the run confirmed Pushin’ Shapes is best suited over 1600m-1800m and have since freshened him for today’s Lavazza Handicap (1650m).

Last-start winners Pinzu ($2.50) and Our Finest Moment ($3.00) are the clear form horses of the race, however, the Pearce brothers are of the opinion Pushin’ Shapes will improve sharply dropping back in distance.

He’ll be partnered by regular hoop Joseph Azzopardi and will jump from barrier one in the seven-horse field.

So Secret three-year-old Watto’s Fury last raced when third to the well-hyped Mikimoto at Belmont on September 27 and faces a tough test again today against talented duo Rockon Tommy and Roganella in the Amelia Park Beef Plate (1300m).

The gelding will jump from barrier seven with Jarrad Noske aboard in the field of ten and is currently rated a $15 chance with TABTouch.

Danehill Express six-year-old Tenterden and Zeditave seven-year-old A Private Party will form a two-pronged attack for the Pearce team when they contest the Crown Towers Handicap (1000m).

Tenterden appears to be the better chance of the pair after a solid return when a close first-up fourth to Soverign Hall a fortnight ago.

He’ll have to overcome barrier 12 in the 13-horse field, however, his chances have been assisted by apprentice Randy Tan’s 1.5kg claim.

A Private Party, also to be ridden by Jarrad Noske, will be looking to improve after a disappointing first-up run when seventh to Penalty Point in Kalgoorlie on September 17.

Team Pearce expect the former eastern states gelding to benefit greatly from an improvement in fitness and are hoping for a better run from barrier one.