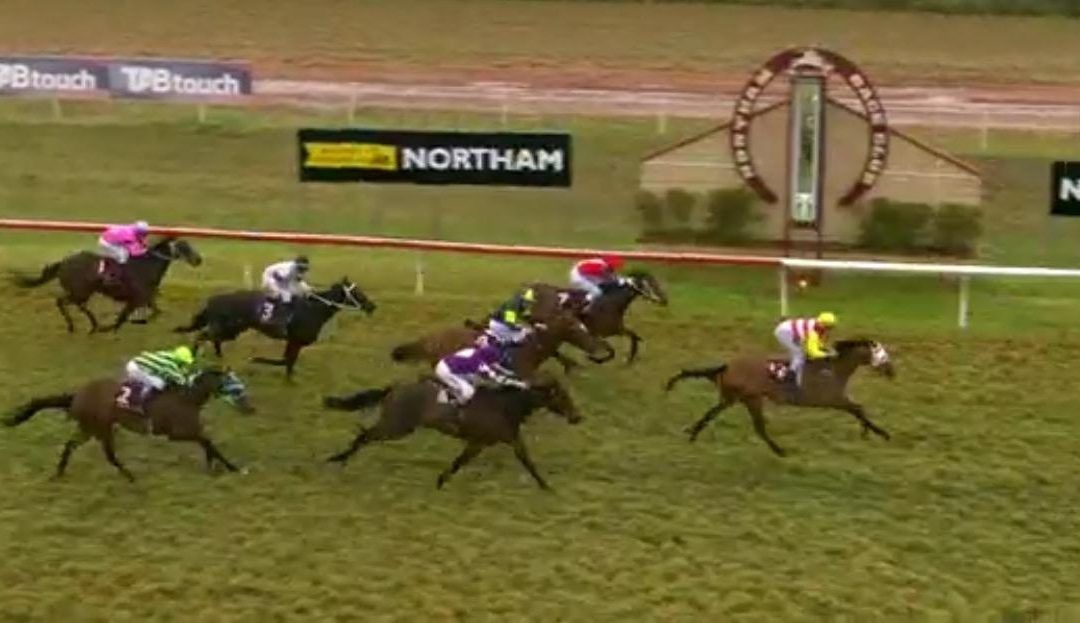 Daniel and Ben Pearce had to settle for minor placings with each of their three runners at Thursday’s Northam meeting.

Magic Albert four-year-old Hillbert, who opened at $2.65 and drifted to $3.30 after Viammo was heavily-supported into betting favouritism, settled outside of the leader before finishing third in the Gannos Facinators Available Online Maiden (1100m).

The gelding charged home from the tail of the field when finishing a close-up second in his first-up run last campaign as well as in a recent Lark Hill trial, however, he sprung the gates quickest in today’s race and rider Jarrad Noske had no other option but to continue forward.

Hillbert stuck on reasonably to be beaten only one-and-a-half lengths by the winner, Gifted Warrior ($4.40), and should improve when ridden off the speed at his next start.

Encosta De Lago mare Amongstgoodcompany ($2.30) caught the eye in her first run back from a spell when coming from well-back at the turn to finish just one-and-a-half lengths third to Crystal Valley ($4.70) in the Hats And Handbags Maiden (1300m).

The four-year-old ran a slick 33.96sec final-600m sectional, the fastest of the race, and should prove hard to beat over more ground at her next run.

Meanwhile, Patronize three-year-old Superior Smile ($5.80) produced another solid effort when stepping up in class and finishing runner-up to Private Dancer ($4.80) in the Gannons Trophies Handicap (1400m).

The gelding, who was the 59kg top-weight of the race, carried 3.5kg more than his last-start win but still continued his good form.

Despite his greenness, Superior Smile has recorded a win and two second-place finishes at his past three starts.