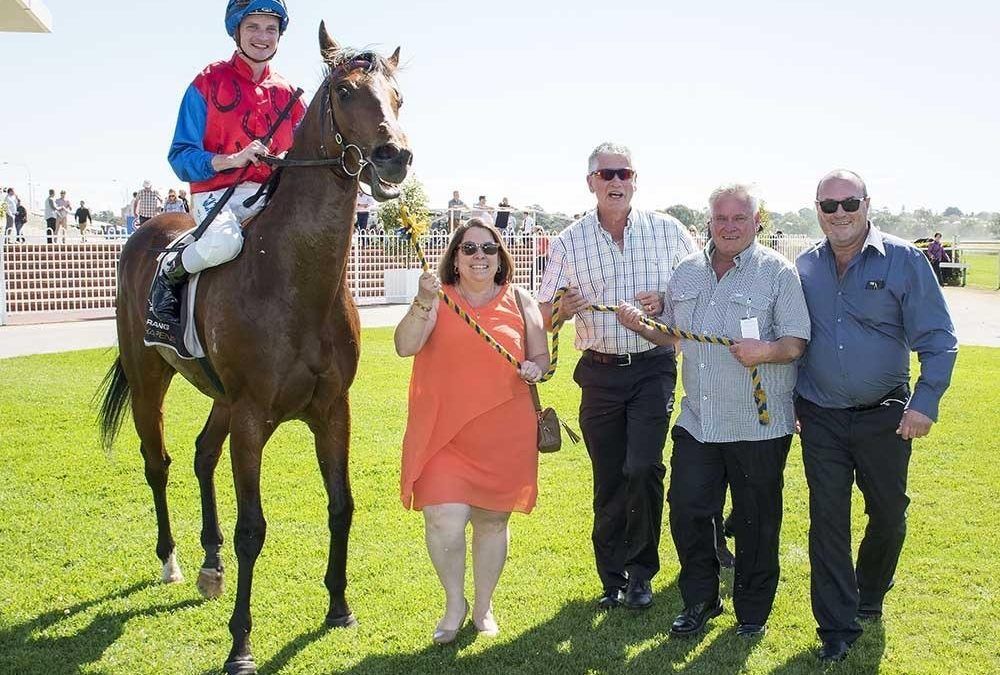 Daniel and Ben Pearce look to have a strong hand at today’s Belmont and Toodyay meetings with 10 runners engaged to race.

The brotherly duo have trained the equal-most winners in WA so far this season and will be represented by four runners in the Metropolitan area while another six travel to the Avon River region for the annual Toodyay Cup meeting.

Exciting three-year-old Money Maher will be aiming for three consecutive wins when he tackles the Fifth Leg Plate (1200m) in the second event on Belmont’s eight-race card.

The Al Maher colt couldn’t have been more impressive in his two starts this preparation, however, he’ll have to overcome the outside draw in today’s eight-horse field.

The open three-year-old event appears to be his toughest test so far this campaign against the likes of talented types Reykjavik, Resistance and Roganella but the stable are upbeat he is up to the task.

Danehill Express six-year-old Tenterden will come into barrier one in the Prive Fashion Platform – 7 Oct Handicap (1000m) following two scratchings when he returns from a spell today.

The gelding had a breakout preparation when last in work when recording three wins and two minor placings from six starts.

He resumes without a trial, however, he won first-up in his last campaign with the same lead-up and represents good value at $9.50 with regular rider Peter Hall aboard.

Undefeated four-year-old Time To Hunt will also return from a spell when he resumes in the Amelia Park Lodge Handicap (1400m).

The Henrythenavigator four-year-old, to be ridden by Joseph Azzopardi, has won both of his career starts to date and trialled well when just one-and-a-half lengths behind Glimmer Girl at Lark Hill on September 11.

The gelding should be able to get all the favours in running from barrier one and rates as a first-three chance on return.

Azzopardi will ride Time To Hunt in a race for the first time.

Last-start winner Forbidden Planet will be looking for his first city win when he contents the Heineken 3 Handicap (1000m).

The Planet Five five-year-old led from start to finish at Northam on September 14 with Hall aboard, however, he’ll have to overcome the outside draw when attempting to cross today’s ten-horse field.

Hall retains the ride on the gelding and the pair have first-four claims with luck in running.

Meanwhile, Defiancy will head Pearce Racing’s entrants at Toodyay today when he takes part in the TABTouch Toodyay Cup (1850m).

The Wanted six-year-old will be having his third start for Team Pearce and rates as a winning chance on the back of two solid efforts when just a three-quarter length third to Ace’s Wish on August 31 before a long-neck second to Take It Like A Man at Belmont 10 days ago.

Adam Durrant-trained mare Sense Of Power has the strongest form lines in the race and looks the hardest to beat, however, Defiancy should settle in a prominent position from barrier four with Aaron Mitchell aboard and the stable are expecting a forward showing.

Earlier in the day Discorci four-year-old Ragno Rosso will be looking to improve in the Triple M Radio Northam Maiden (1100m) after a last-start fifth to stablemate Truth And Lies at Northam.

It looks a difficult task for the gelding to turn the tables on rival Splash who beat him home by three-and-a-half lengths in that race, however, he has place claims.

The Pearce yard will launch the first of two of its two-pronged attacks in the Radio 61X Maiden (1350m) with Churches and Wild Fusion.

Scandal Keeper four-year-old Churches looks to be the better chance of the two runners after a solid effort when third to Prince Western at Kalgoorlie on September 3.

The gelding will be partnered by Aaron Mitchell and has first-three claims.

Wild Fusion will have to overcome an awkward barrier draw in the same event, however, he should be suited by the rise in distance and drop in class after finishing three-lengths fourth to Oregon Bronze in an 1100m Northam maiden nine days ago.

Kyra Yuill is booked to ride the Oratorio three-year-old.

Blackfriars mare Larvotto boasts the strongest form lines in the race and will also have the services of Mitchell.

The four-year-old looks likely to get a soft run in transit from barrier two, however, she steps up in distance from 1300m which poses a slight query.

Proart gelding Pro Mutual hasn’t raced for 30 days but has solid claims on his run three starts back when a three-quarter length second to Amber’s Duke in a 1600m Northam Maiden.

Yuill will also partner the four-year-old and the stable don’t expect the extra distance or time between runs to be an issue.

The big weekend for Pearce Racing will continue into Monday’s public holiday where they will have five runners at Northam’s Queen’s Birthday meeting.