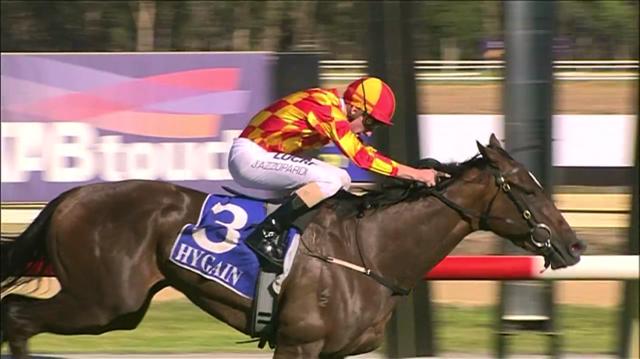 So Secret three-year-old Watto’s Fury, who will contest the Devil’s Lair Plate (1000m), races three weeks between runs after a luckless fifth to Epic Grey when impeded for clear running in the straight.

He looks capable of bouncing back on the strength of a soft Belmont win when resuming from a spell on August 26.

Jarrad Noske takes over riding duties aboard the young gelding and the pair look to have solid claims jumping from barrier three in the 10-horse field.

Paul Jordan-trained filly Saturia commands pre-post favouritism on the back of two impressive performances this preparation and looms as the horse to beat.

Staying mare Let’s Twist will also fly the flag for Pearce Racing when she lines up in the final event on the eight-race card, the Get The TABTouch Handicap (2000m).

The Statue Of Liberty five-year-old has raced well in her four starts this campaign and should be nearing peak fitness, however, she’ll have to overcome barrier 12 in the 14-horse field.

In-form hoop Joseph Azzopardi retains the mount on the mare and with luck in running they look capable of a first-three finish.

Justin Warwick-trained gelding Jetoomy looks well-placed from barrier three and meets Let’s Twist one kilo better at the weights for beating her home in their last start thanks to the three kilo claim of Fiona Bell.

The Pearce stable will be looking to make it back-to-back Boulder Cup victories on Sunday, after taking out last year’s edition without Don’tgetcaught, when they travel to the Goldfields with leading hope Pushin’ Shapes.