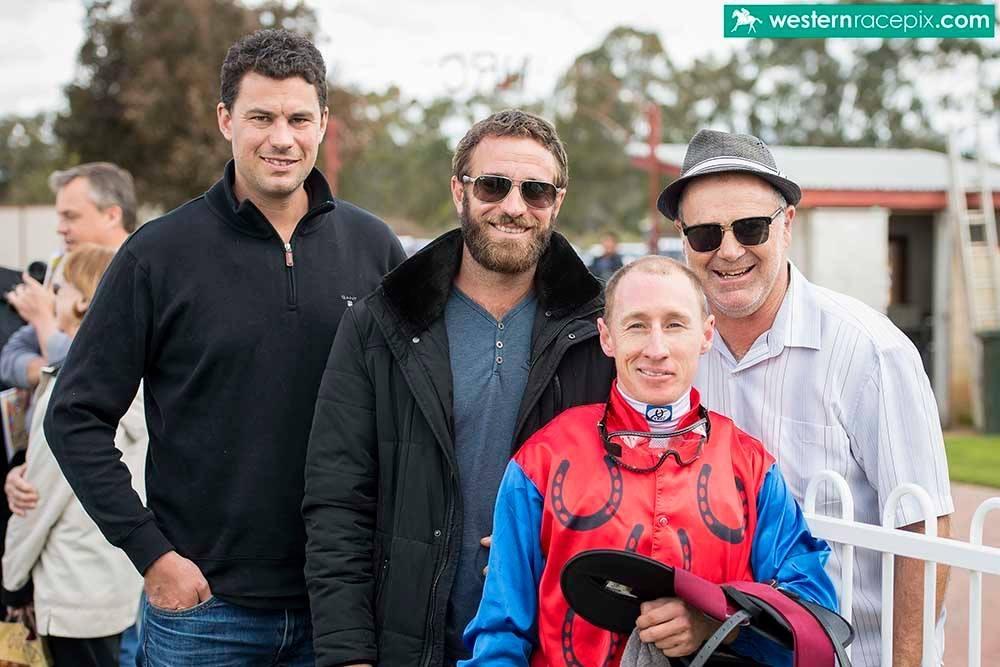 Pearce Racing unveiled a team of talented three-year-olds on their way to recording a winning double at Northam today.

Al Maher colt Money Maher and Blackfriars gelding Father Knick, who were both racing first-up from a spell, made light work of their opposition in their respective races to break their maiden tags.

Money Maher, who was backed in as short as $1.34 at one stage, jumped at $1.60 on tote and provided some anxious moments for punters in the early part of the Avon Valley Toyota Maiden (1100m).

The group three-placed colt settled second-last in the 10-horse field and was still spotting the leader a decent margin turning for home, however, gun hoop William Pike pulled him to the inside part of the track and he produced a powerful burst over the final 300m to record an effortless one-and-three-quarter length win over Shania Style ($25.70).

Mumstheone ($31.90) finished a further three-and-a-quarter lengths away in third place.

It was easier watching for Father Knick’s ($3.20) backers as the speedy gelding jumped well, took up proceedings and kicked strongly in the straight for rider Joseph Azzopardi to also win by a length-and-three-quarters in the Western Racepix Maiden.

It was a successful day for Ben and Daniel Pearce as they prepared eight runners to two wins and three minor placings.

Blackfriars mare Larvotto, supported from $16 to $10, ran a bold race on return when finishing just a head second to Who Dat Song ($32.70) in the first event of the day, the XXXX Gold Maiden.

Pike settled the four-year-old in the second-half of the field and she motored home in 34.12sec to produce a career-best run first-up over 1300m.

Not A Single Doubt filly Everything’s Sweet also ran a promising race at her first start for the preparation when one-and-a-quarter lengths second to debutant Misty Metal ($10.50) in the Gannons Racing Association Maiden.

She was well-placed by Azzopardi in the box-seat in running, however, raced quite greenly in the straight which may have cost her a closer finish.

New stable acquisition Defiancy, a surprising drifter from $5 to $15 pre-race, produced a bold showing first-up from a spell when finishing just a three-quarter length third to Ace’s Wish ($5.70) in the West Australian Handicap (1400m).

The Wanted gelding was perfectly positioned by Aaron Mitchell on the leader’s back in running and looked the winner when hitting the front at the 200m mark, however, was gunned down late by the winner and Aspen Star ($5.70).