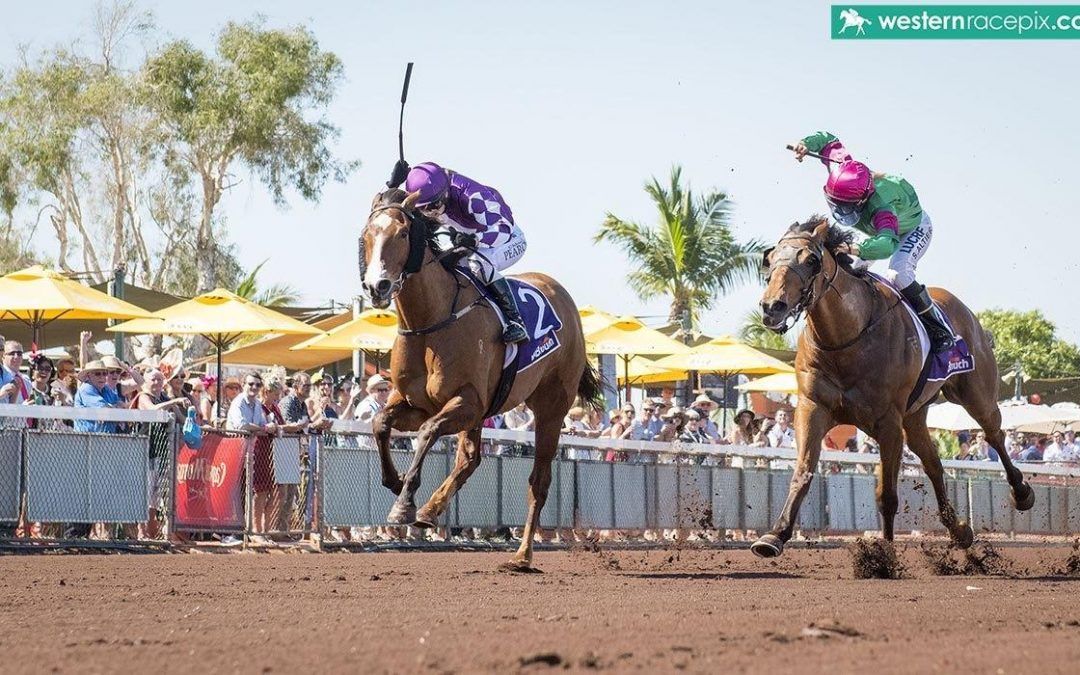 Two For Twenty Two ($2.90) kicked off proceedings with a half-head win over Emjye ($2.60) in the Willie Creeks Pearl Handicap, the first event on the six-race card.

Chloe Pearce, rider of Two For Twenty Two, eventually handed up the lead to Emjye before peeling to the outside upon straightening and getting the better of her rival over the final stages.

It was the first leg of a race-to-race winning double for Team Pearce, who then prepared Fathnoxious ($4.80) to win the Kas Helicopters Handicap with Peter Hall aboard.

The Fath mare relished a drop in grade and rise in distance to score an impressive five length victory over Just Hoping ($11.30).