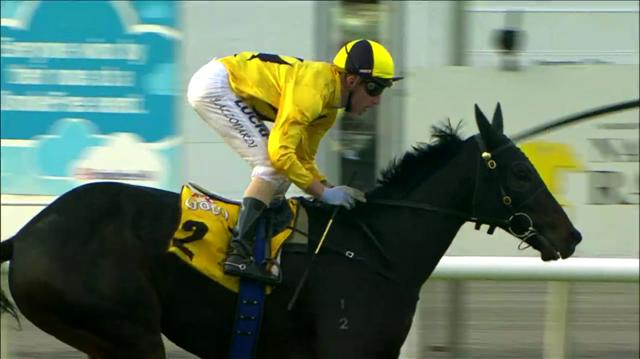 The gelding will contest the Eo Norton Memorial Handicap over 1400m in the final event on the eight-race card and will be ridden by apprentice Fred Kersley.

The class runner of the field comes into the race on the back of an impressive three-length trial win in the fastest heat of the day on July 31 and rates among the hardest to beat in the race.

The gelding is being aimed at Kalgoorlie feature races next month, beginning with the $100,000 Coolgardie Cup on September 3.

The Planet Five gelding was entered to race at Belmont on Wednesday, however, plans were changed after the meeting was abandoned due to heavy rain.

He ran a bold race on debut on January 7 when leading the field over 1200m and finishing a long-neck third to The Shoe.

The race has proved to be a solid form reference with the runner-up, Salubrious, going on to win two Belmont Saturday races.

The fifth place-getter, Driftwood Girl, also went on to beat subsequent Magic Millions and Karrakatta Plate-winner Lucy Mae at her next start.

Paradise Square will be partnered by Joseph Azzopardi and appears to be a first-three chance on return.

Let’s Twist will be having her third start for the preparation and ran an impressive last-start second to Fille De Merit at the track and distance on August 2.

The five-year-old mare will also be ridden by Azzopardi and despite drawing barrier nine in the 12-horse field, the pair rate among the leading hopes in the race.

Stablemate Bella’s Idol, a Vital Equine gelding, will jump from barrier one and looks to be suited with the announcement of a cutaway in the home-straight to be in play for the meeting.

The consistent four-year-old raced against his pattern when leading last start, however, produced a brave effort to finish second behind Prize Catch who he faces again on Saturday.

Peter Hall will ride the gelding for the first time in a race and looks to have great each-way prospects.