A win and two seconds for Team Pearce 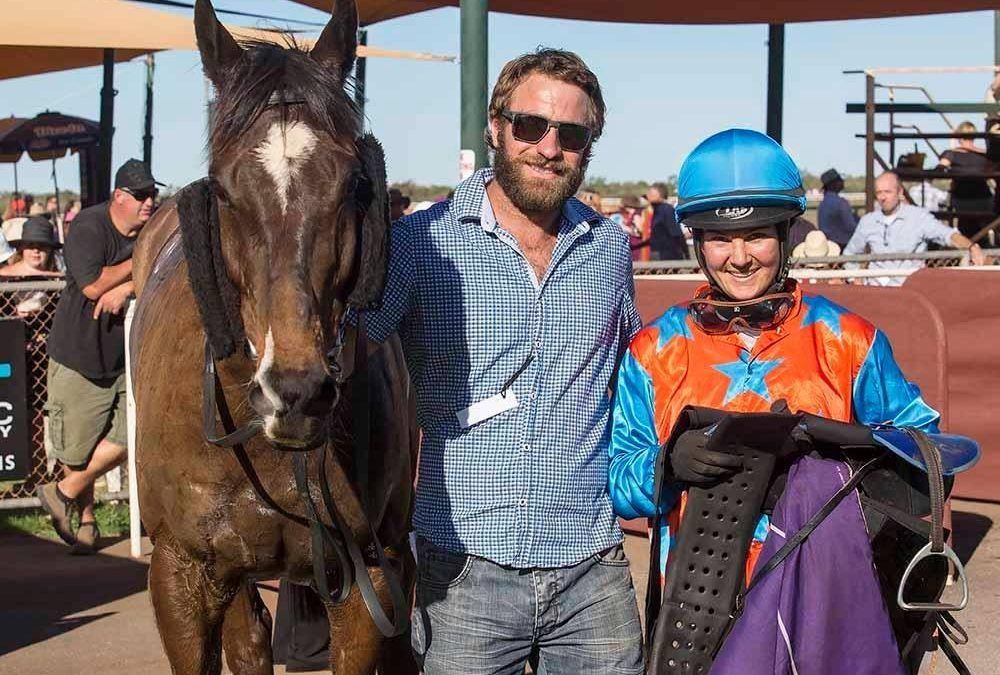 Pearce Racing have continued their promising start to the new 2017/18 racing season with a win and two second placings on Saturday.

Recently-purchased gelding Super Hunter ($1.80), who has already repaid his new connections with a win and runner-up finish in his first two starts for the stable, scored a tough one-length victory in the Paspaley Pearls Handicap at Broome to become the first winner for the new Daniel and Ben Pearce training partnership.

The Super Kid seven-year-old began quickly from barrier eight in the nine-horse field to settle outside of the pacemaker, Stripes, before hitting the lead in the home-straight and finding plenty over the concluding stages to hold off the fast-finishing Boarding ($72.60).

The gelding put the writing on the wall with a strong last-start effort when second behind the talent Big Clipper.

Making the milestone even more special for Pearce Racing was having its very own Chloe Pearce, wife of Ben, in the saddle to boot Super Hunter home.

Meanwhile, consistent gallopers Forbidden Planet and Mad Brad produced another bold effort to finish in second place in their respective races at Belmont.

Forbidden Planet ($14.80), aided by a smart ride by in-form apprentice Randy Tan, sprung the gates from his outside barrier draw to settle second in running in the Jockey Celebration Day Handicap.

Under pressure at the 300m mark, Forbidden Planet looked to be coming towards the end of his run but responded strongly under the urging of Tan to level-up to the tiring leader, Just A Fluke, only to be gunned down by Faerie Whisper ($11.50) in the concluding stages.

Race-favourite Snow Lord ($2.10) finished a further half-length away in third-place.

It was a brave effort from the seven-year-old who started his run from the 600m mark and pulled four-wide turning for home before still clocking the fastest closing-600m sectional of the race.

The gelding has had a luckless winter campaign but a well-deserved win doesn’t appear to be too far away.