Pearce Stable Runners For Saturday At Belmont And Carnarvon

The Ben Pearce stable will supply a number of runners to the return of the Belmont race club meetings with Woolibar, Travinator, Rising Sea, Le Patron, Testamezzo and Mad Brad all accepting the card.

Race three on the card will see 2 stable runners compete in a 1000m BM 78+, with Travinatorreturning after a long haul on the sidelines to be ridden by Peter Hall and Woolibar to be ridden by Joseph Azzopardi jumping from barrier seven in a field of 9.

Travinator is an eight-year-old Bay gelding, having experienced the high’s and lows of racing after competing on 30 occasions for 10 wins earning prize money exceeding $345,000.

He last raced on December 17, 2016, and is prepared for this via a Lark Hill barrier trial on May 8, finishing 3.0 lengths off the heat winner, Scales Of Justice.

His latest win was at Ascot on April 1 and was last seen at the same venue over a thousand metres on May 13 finishing 4th of 9 with Randy Tan aboard, arriving one length behind the winner Caipirinha.

Race 5 will see last start winner, Rising Sea compete in the Heineken (3) handicap over a mile with a field of 12 to run, Jarrad Noske to ride.

He resumed with a barrier trial win and was last seen at Ascot on May 17 finishing first of 10 over 1400 m in an NMW special conditions efforts with Jarrad Noske piloting the runner to a 0.75 victory over Mr Undercover.

Race seven will see consistent placegetter Le Patron compete in the sky racing TV provincial championship series final over 1400 m with prize money of $60,000 on offer to the BM62+ runners to be ridden by Peter Hall jumping from barrier seven.

Le Patron is a four-year-old chestnut mare having won on three occasions and placed 10 times from 21 starts earning over $101,000.

Last time out she raced at Pinjarra on May 11 finishing third of 14/1200m in a class five with Peter Hall arriving 1.50 lengths behind Helms Gate.

Race eight on the card in the D’Orsogna handicap over 1200 m for BM 72+, 2-year-old and upward runners, will see the return from a spell of Testamezzo with Ms Kate Witten aboard reducing 3 kg off the 61kg weight allotment and Mad Brad, second up from a spell, Peter Hall to ride jumping from barrier (2) in a field of 13.

Testamezzo is a six-year-old Bay gelding having won on seven occasions from 17 outings with $375,000 pocketed by connections, he has not raced since finishing 7th in the Carbine Club ridden by Hugh Bowman on November 19, beaten 2.0 lengths behind Chocolate Holic.

He resumes here via two Lark Hill barrier trials, the latest of which on May 8 finishing ninth at 10/950 m beaten three lengths by the heat winner Scales Of Justice.

Mad Brad will run second-up from a spell with the runner competing on his 26th occasion with previous results standing at five wins and 10 placings earning prize money exceeding $189,000. 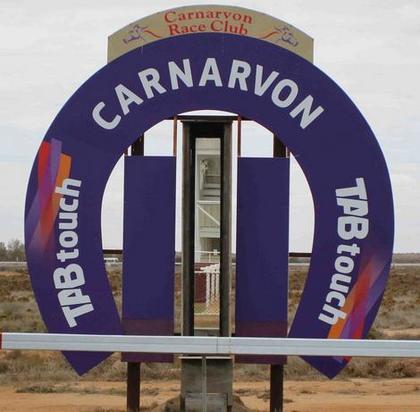 CARNARVON on 27th of May.

The stables Roman Fighter will compete on the Carnarvon race club card on Saturday, May 27 with six events to be run under fine conditions.

The single stable runner, Roman Fighter will compete in race five on the card in the Avis Carnarvon handicap over 1200 m for BM 68+ runners with the back-to-back place getter to be ridden by Noel Rutland jumping from barrier seven in a field of 10.

Roman Fighter a five-year-old chestnut gelding has won on 4 occasions from 24 starts pocketing $71,000+ in prize money.

He was last seen at Ascot on May 17 finishing second of eight with William Pike the pilot arriving 0.7 lengths behind Bells Tower.

Best of luck to connections with their runners at Belmont & Carnarvon on Saturday.