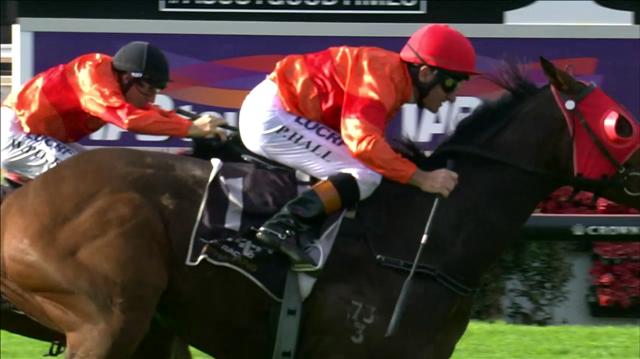 The Pearce prepared, Mega Minx put in a much better effort to today in a three-year-old in NMW handicap over 1400 m beaten only by Geiger Gem (P Hall), with Willie Pike aboard the stable runner.

On leaving the stalks in the Young Membership handicap over the 1400 meter trip, the pace was genuine with Mega Minx out in advance of Kimbo’s Girl, Allume Le Feu, crept up to be outside the leaders rump with Geiger Gem between runners in fourth.

On entering the straight Kimbo’s Girl stacked them up in front, Gieger Gem loomed ominously by the 200m, with Mega Minx along the rail.

The runners went stride for stride until the concluding stages with Hall digging deep to raise Gieger Gem’s effort to score the prize in advance of Mega Minx with Kimbo’s Girl the next runner in.