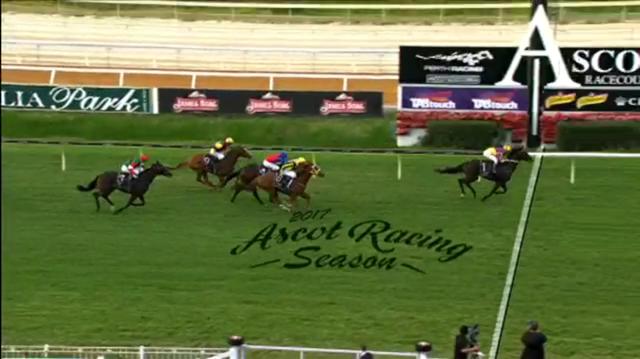 A superb effort was put in by the Pearce trained Money Maher in the WA Sires Produce for two-year-olds, finishing third with a strong field of competitors vying for the Group 3 prize with Joe Azzopardi aboard.

The pace of the race was dawdling as Royal Strata joined Debellatio, Lucy Mae was next with Money Maher advancing via the Riverside to sit second off the leader rump, Debellatio.

Entering the straight, Money Maher loomed up to sit a length off the leader via the 200m, as Debellatio changed into another gear, running home strongly to score the thick end of the prize, in advance of Lucy Mae with a good effort put in for connections by the stable runner Money Maher.