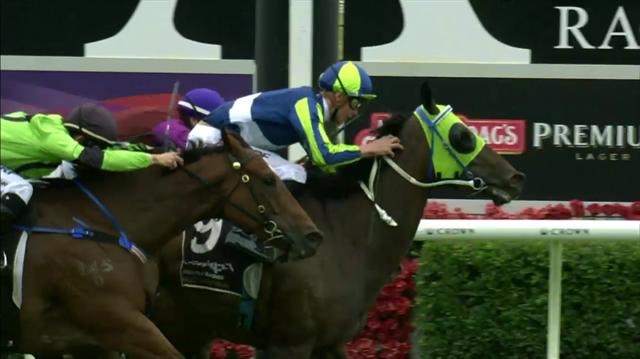 The least favoured of the Pearce runners going by the bookie boys for race 3 on the Ascot card was Woolibar ridden by Randy Tan, though the 6-year-old put in his best finish for some time to run 3rd in the Mumm Champagne Hcp at Ascot

Ridden towards the back of the field in the early stages with the race leader and triple recent winner, stable mate Tenterden, had the field chasing that runner until the complexion of the event completely changed, as the latter stages of the race saw American Star, Woolibar and Mighty Blonde all hitting the line strongly.

The Aaron Mitchell ridden, American Star landed the event in front of the Fiona Bell Ridden Mighty Blonde with the Randy Tan mount, Woolibar arriving in third position, giving connections something to celebrate on the day at odds.

Tenterden winning ways come to a halt with the early race leader fading in the concluding stages, though the ride for connections has been a positive one thus far.